The Xbox One's Getting A New Update Tomorrow, Here's What's Inside

A pretty decent little update is headed to the Xbox One tomorrow, primarily meant to improve the social features on the system, but a few much-needed changes are inbound as well.

For starters, like you used to be ablde to do on the 360, you can now see who else is in a friend's party at the push of a button from the Friendslist. Similarly, if a friend is broadcasting on Twitch, a feature will be added allowing you to get into that friend's Twitch stream right from the game's tile. A Gamerscore leaderboard is also being added, allowing players to compare their gains in Gamerscore in the last 30 days with their friends. Improvements are also being rolled out so that the Xbox can suggest friends, and display what criteria they used for said suggestion. 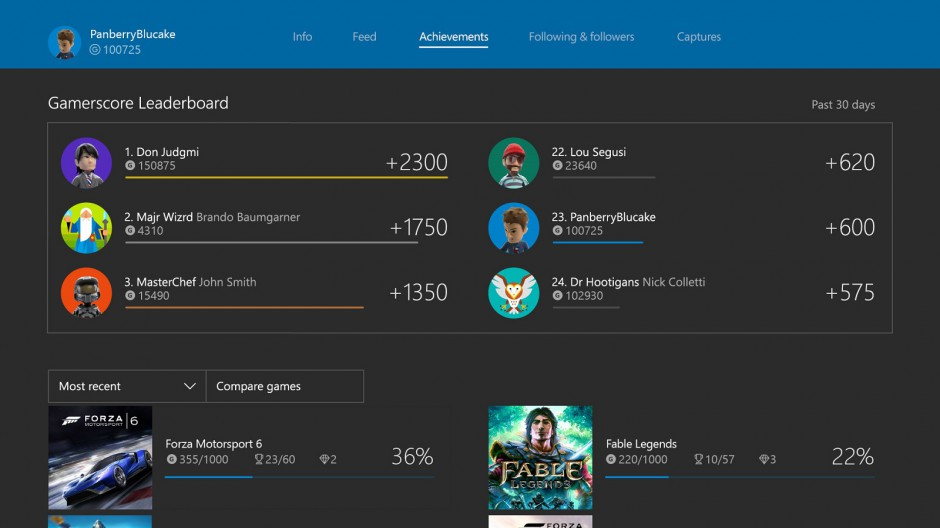 On the slightly more practical side, the update will be re-adding the ability to hide apps/titles you no longer wish to install, rearrange pins and access them even while you're offline, and, miraculously, they'll be unearthing the Redeem a code" option from the ad-buried wasteland it's currently located in, and putting a shortcut for it right on the dashboard. Hallelujah.

The update will begin rolling out to the Xbox One starting tomorrow. A few smaller additions are coming to the Xbox app for Windows 10, and those start hitting today. Head over here to get a full list of changes.