Behold all the time you've wasted.

2015's on its way out, and it's about time to look over the last 365ish days and reflect. More specifically, though, Microsoft would like you to reflect on all those hours you spent on Xbox this year, playing some of their biggest games. 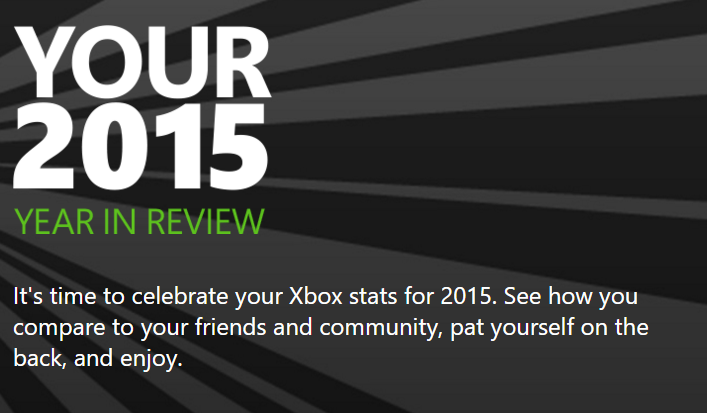 Head over to this webpage, and once you're signed in, you'll get a rundown of how long you've been on Live (from the 360 era onward), how much time you spent on it this year, your achievement breakdowns, how you compared with your friends and the community at large, how you did with the system's big 4 releases ('Halo 5', 'Rise of the Tomb Raider', 'Forza 6', and 'Gears of War Ultimate Edition'). Basically, a really well done infographic running down your gaming activity on the system during the year, during probably the best year the system's had to date. Enjoy!