Besides the fact that 'Quantum Break' is about to hit, if you needed a good excuse to go pick up an Xbox One, Microsoft is about to supply a few big ones next week. Starting this coming Sunday, for a limited time, brand new Xbox Ones will be discounted by $50. That's across the board, for every bundle, including the one that just released including 'The Division' and the one coming up that'll include 'Quantum Break'. 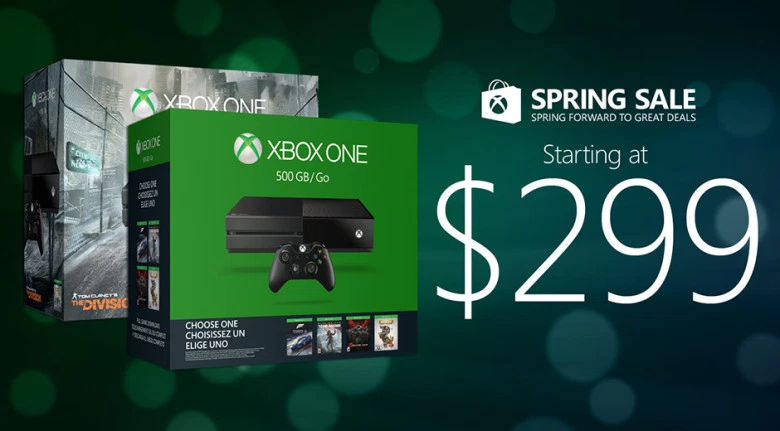 In addition, starting on the 22nd, Microsoft will be holding a massive Spring Sale, with 150+ PC, Xbox One, and backward compatible Xbox 360 games, and movies up for grabs on the cheap, with Xbox Live Gold members getting an extra 10% off. Offers will be updating throughout the week right over here. Might want to start getting some cash together now.