The free expansion's not a drill! It's how many people you can kill!

If you were saving your dollars, hoping for 'Halo 5' to come down to budget prices so you can try it out, this week is your luckiest week. 343 Industries is releasing the biggest expansion for the game thus far on June 29th, and to celebrate, they're inviting everyone to join the fight for the low price of FREE. 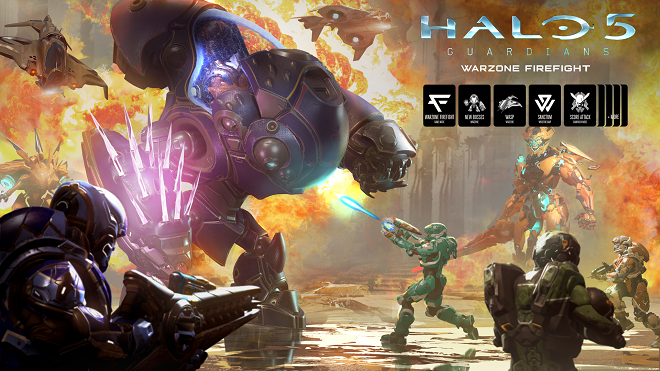 Aside from the usual collection of new multiplayer maps, REQ cards, and a new Forge canvas, the expansion, Warzone Firefight, will add two modes to the game: The actual Warzone Firefight mode brings back the Horde-style co-op modes from 'Halo: Reach' and 'ODST', sending wave after wave of cannon fodder for you and a few friends to slay. The mode is even adding new bosses and vehicles to the game. Including a freakin' VTOL.  The second mode is Score Attack, which will allow solo or co-op players to tackle the game's campaign for points and glory, with special rewards and medals for killing with style.

You'll likely have a lot of company on the servers when the mode launches, too, since 343 is making the full game completely free to download and play for Xbox Live Gold members during the expansion's first week of release. Seven days sounds like plenty of time to blow through the game's main mode, at bare minimum, but 343's clearly hoping the new modes will get some folks to stay. To sweeten the pot even further, they're giving players the ability to purchase the game for 50% off during the free week. That free week extends until July 5th, by the way.