What Is A Man? A Miserable Pile Of New 360 Titles On Xbox One

Yes, that means 'Symphony of the Night' is ready to go.

The new batch of backward compatible 360 titles for Xbox One has been revealed, and one of the big surprises from the accidental leak a while back is official: 'Castlevania: Symphony of the Night' is now online and ready to play in your queue if you already own it. if not, you can snag it for $9.99 from the Xbox Store.

'Symphony of the Night's not alone, though, as 'Pac-Man' and 'Alan Wake' are also up and running today. As a heads up, 'Pac-Man' is just the bare-bones old-school iteration, not the snazzy 'Championship DX' releases, and one only hopes those are incoming too. 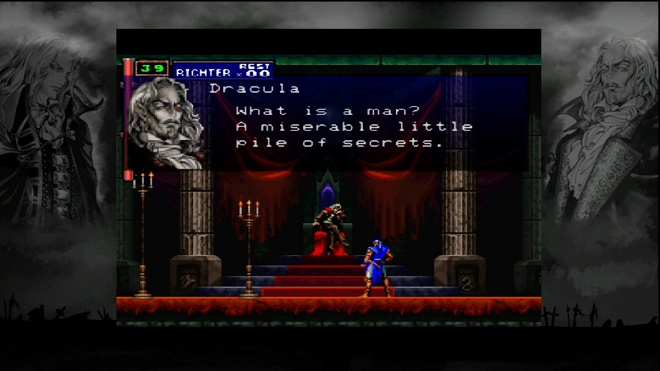 'Alan Wake' is, of course, a still-underplayed gem. That said, if you don't already have the disk/download, you're better off just holding out till 'Quantum Break' hits, so you can snag the game and its DLC for free, instead of blowing $20 in the Store for the core game, and the DLCs for $7 a pop.

Without a doubt, the backward-compatible 'Dark Souls' is next on the docket with 'Dark Souls III' hitting around this time next month.

And, of course, as we will continue to hammer home: Still no sign of 'Red Dead Redemption'.