It's 'Adventure Time' On 'LittleBigPlanet'

Because 'LittleBigPlanet' continues to corner the market on adorably awesome, the good people over at Sony have put together a sweet set of 'Adventure Time' DLC packs for 'LittleBigPlanet 3', which are both available right now.

The first pack is a simple set of costumes for Sackboy and his crew, allowing them to dress as Jake, Finn, Ice King, Gunter, and Cosmic Owl. The costumes are $1.99 each, while the whole pack is $5.99. And then there's the Level Kit, which will include the following, all of which will be on display in a special, playable Gallery level:

The Level Kit can be had for $4.99. And because the 'LittleBigPlanet' folks love you just so much, there's also a set of PSN avatars they've created which you can upload from here to your profile using the Playstation App. Check out both packs in action with this trailer, which recreates the show's opening sequence entirely in-game. 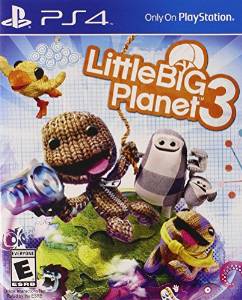