Why Don't You Tell Konami How You Really Feel?

New survey allows players to do just that.

If, like many players, you have a bone to pick with Konami from the uncomfortably ugly breakup between them and Hideo Kojima, resulting in the complete eradication of all our 'Silent Hills' dreams, we think we may have found the perfect venue in which to register your seething hate very rational consumer concerns.

A survey has been opened up by Konami asking the general opinion on a select bunch of their neglected franchises. To the surprise of no one, 'Metal Gear' and 'Silent Hill' aren't among them, but for the 5-10 hardcore 'Goemon' fans West of Japan, this is your lucky day. The survey then goes on to ask what you liked most about them, and if you would be interested in seeing a few of them resurrected. To which, of course, the answer's a resounding YES, to which, we're pretty sure Konami's answer will be a quiet "No," but we can dream. 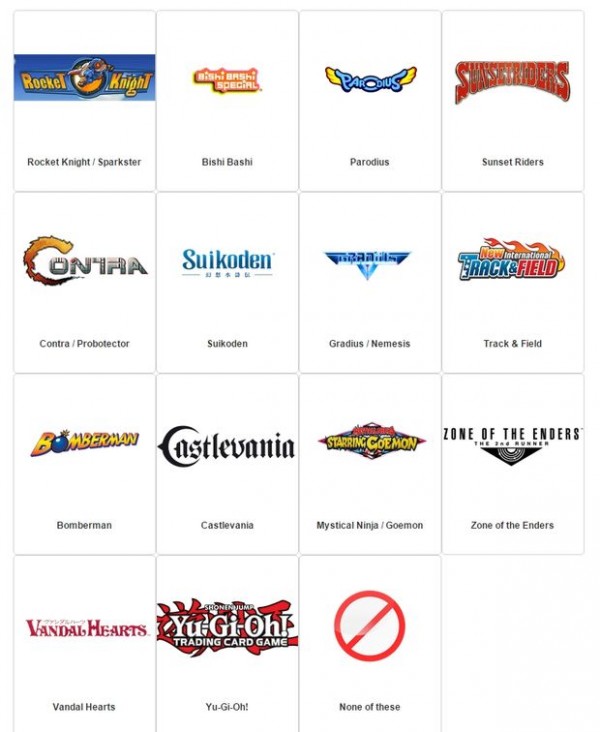 The important part is towards the end, where the company asks if there's another property you'd like for them to bring back. And if ever there was a time to make it abundantly clear dropping 'P.T.' and 'Silent Hills' was a terrible, terrible, TERRIBLE move, here's your shot.

Barring that, though, maybe we can squeeze a current gen 'Adventure island' out of 'em at least?