Guerilla also teasing a standalone version for later this year.

Guerilla Games has announced that online co-op is coming to 'Killzone: Shadow Fall.' The four- player online co-op mode is coming as part of the Intercept Expansion. The mode features four playable classes, Assault, Marksman, Medic, and Tactician as well as four arena maps built from elements of the single-player campaign. 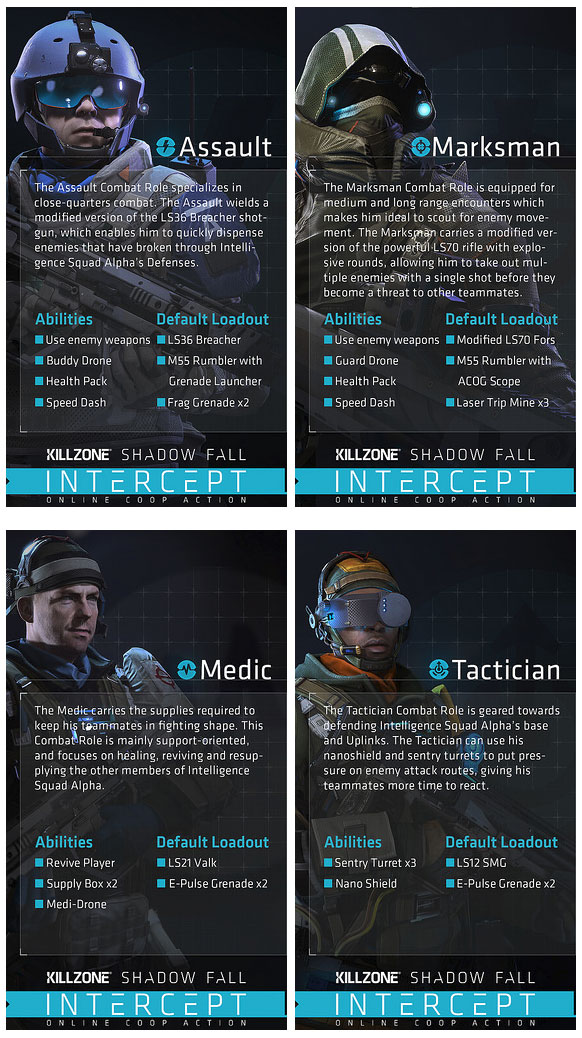 The gameplay is designed around a Hacking/Uplink objective, which requires establishing and then protecting uplinks from the Helghast. Speaking of the Helghast:

"Just like the members of Intelligence Squad Alpha, the AI-controlled Helghast enemies in Killzone Shadow Fall Intercept have their own sets of goals and Combat Roles. They will switch up tactics and angles of attack when they capture an Uplink, so you’ll need to adapt your defense strategy accordingly. On top of that, the enemy can call on special Helghast champions with unique abilities, based on key characters from the Shadow Fall single-player campaign. Expect to go up against some very familiar faces…"

The Intercept Expansion is free for owners of the season pass and arrives in June. Guerilla has also mentioned that a standalone version of the co-op experience will be available later this year.