Learn About 'Another World' Designer, Eric Chahi, Through 'Journey of a French Video Game Creator'

Provided it gets funded.

'Another World' is of course, a classic that every would-be game designer and passionate gamer must eventually experience, which is as easy as ever since it is available on nearly every modern platform. (Check out the PS4 version review here.)

As 'Another World' continues to be of significance some 20 years on, it's worth considering how the game's creator, Eric Chahi went about developing during the 80's and 90s'. Daniel Ichbiah has taken it upon himself to write that story and put it together with art and other production documents from Chahi's games, including 'Another World,' 'Heart of Darkness,' and 'From Dust.'

There's just one little problem. The book, 'Eric Chahi - Journey of a French Video Game Creator,' is in French. (The French version is published by Pix’n Love Editions and can be found here.)

Fortunately, there is a solution to this problem. To get an English version translated and produced, there is a Kickstarter, which can be found here.

Seen below is the 'Welcome to Another World' Collector Pack, which contains the 'Eric Chahi - Journey of a French Video Game Creator' biography. 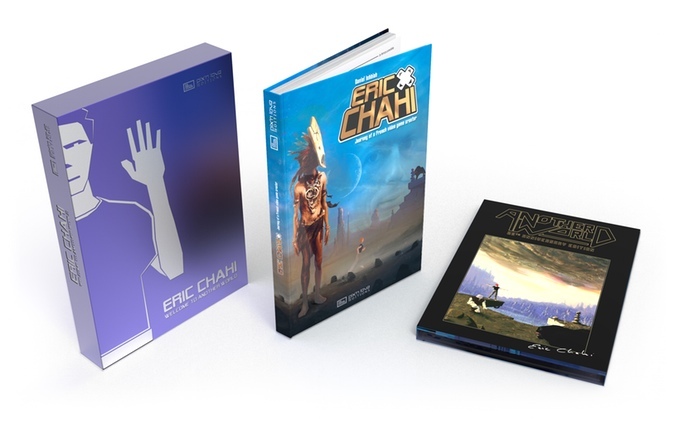 Preserving, sharing, and recognizing what makes the game great is a worthy cause, so I hope that this is a success.