Both 'Second Son' and 'First Light' are seeing improvements.

We now know exactly how 'Infamous Second Son' and 'Infamous First Light' will be enhanced on PS4 Pro. Sucker Punch Productions' Jason Connell went to the PlayStation Blog to explain how the two PlayStation 4 exclusive action games are made better. Connell breaks it down into three main reasons.

The first major update is HDR support. Connell says that looking at the sun and sky in 'Infamous Second Sun' provides "a level of contrast I’ve never seen in our game before." Due to the game running at an increased resolution (and alias issues being fixed), players will also be able to notice smaller details in the environment that never stood out before. Finally, Connell says that the powers in the game look "amazing," especially in the improved photo-mode that lets players pause while performing a power. 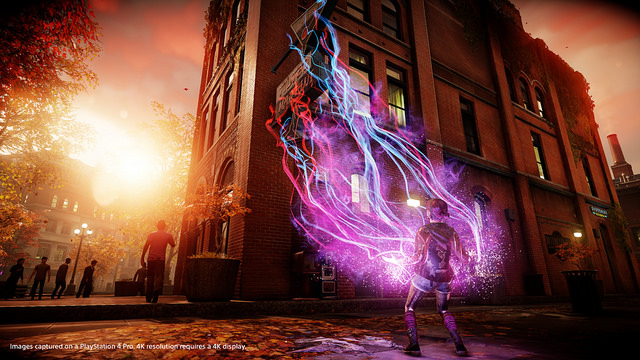