Why the Xbox One's 'Halo: The Master Chief Collection' Is One of the Most Ambitious Anthologies Ever Produced

An anthology to envelop 'Halo' fans old and new.

The Rumors and Build-up

One of the biggest rumor mills heading into E3 involved what is likely Microsoft's biggest IP, 'Halo.' Little snippets of information (leaks) had combined with enough conjecture to be sure that the rumored 'Halo' re-releases would receive something of shrug once it had been officially revealed. Worse, because the 'Halo' rumors encapsulated so many 'Halo' products, the possibility of backlash against price or under supported features seemed very real.

That stilted reception from those eagerly chasing 'Halo' rumors did not just disappear at E3, it was annihilated in the face of the official announcement. 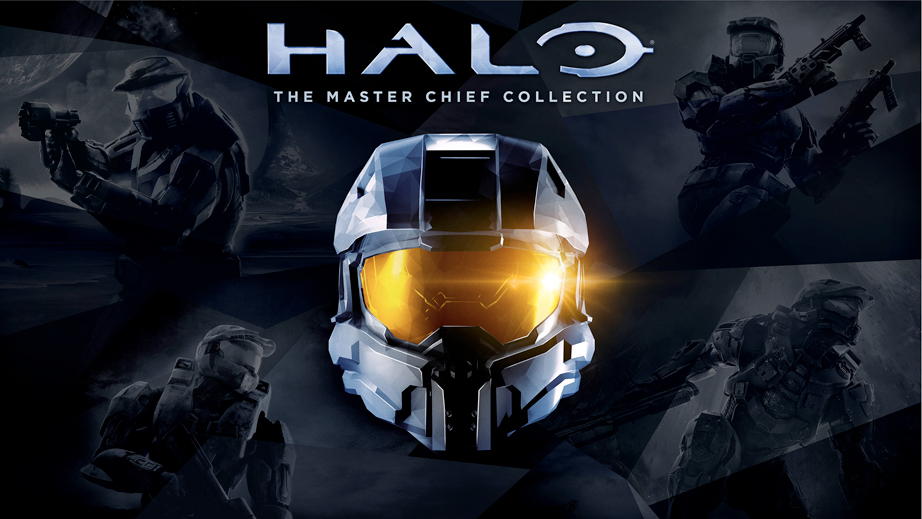 Looking back at that now, and it's kind of funny. These days, Microsoft treats 'Halo' with more deference than ever before. With Frank O'Connor at the helm as Franchise Director over 'Halo,' the idea of slapping 'Halo' on just any product, be it a game, book, video, or other merchandise is not something in the cards. This enlightenment is not all good as it meant no real 'Halo' was ready (or close to ready) to launch with the Xbox One. It meant that Astro and 343 Industries announced a partnership around 'Halo,' but would show nothing at E3 beyond a logo. It likely means for better or worse, no more 'Halo: Spartan Assault' like products. Ultimately, it also means nothing remotely half-baked for 'Halo.' Public multiplayer beta or no, 'Halo 5: Guardians' means even more to Microsoft than a possible runaway hit, and there can't be shortcuts to get it released early. 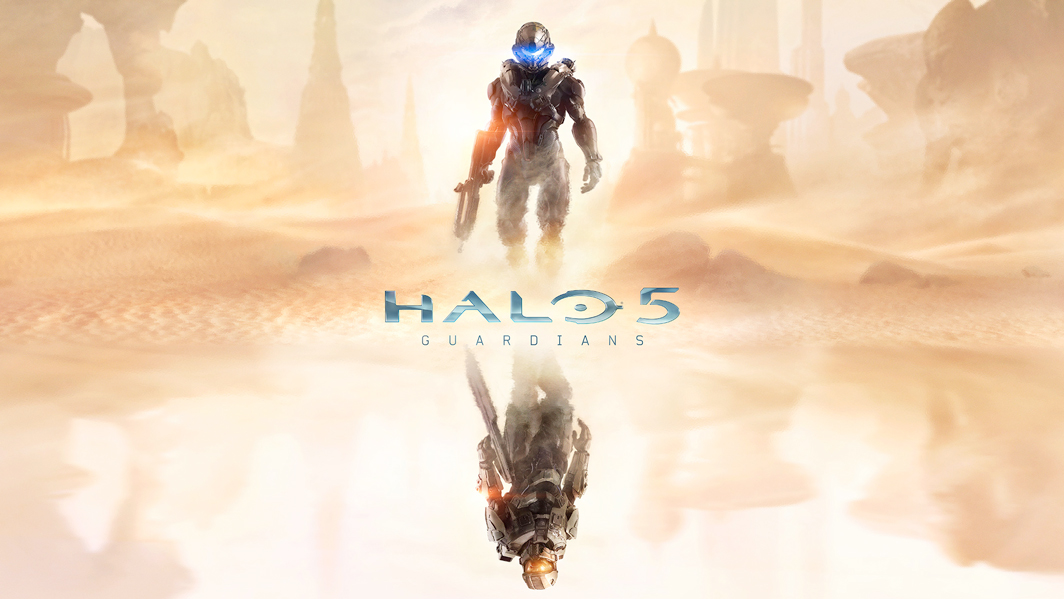 To bridge the 'Halo' less gap between now and the release of 'Halo 5: Guardians' is 'Halo: The Master Chief Collection,' but with the way Microsoft and 343 are going about it, the Collection is quite subtly a much more important product.

The 'Halo: The Master Chief Collection'

Microsoft could have opted for any number of strategies. A single 'Halo' series re-release would have scratched an itch along the lines of 'The Legend of Zelda: The Wind Waker HD' or 'Hyrule Warriors,' and Microsoft could have staggered all the 'Halo' re-releases in some kind of collect 'em all 'Halo' calendar of release dates. Instead, with 'Halo: The Master Chief Collection,' they completely swung for the fences, a single $60 product that no 'Halo' fan, big or small, old or new, purist or revisionist could not want to own. It's the existing Master Chief saga, and it's going to all be available on one console. 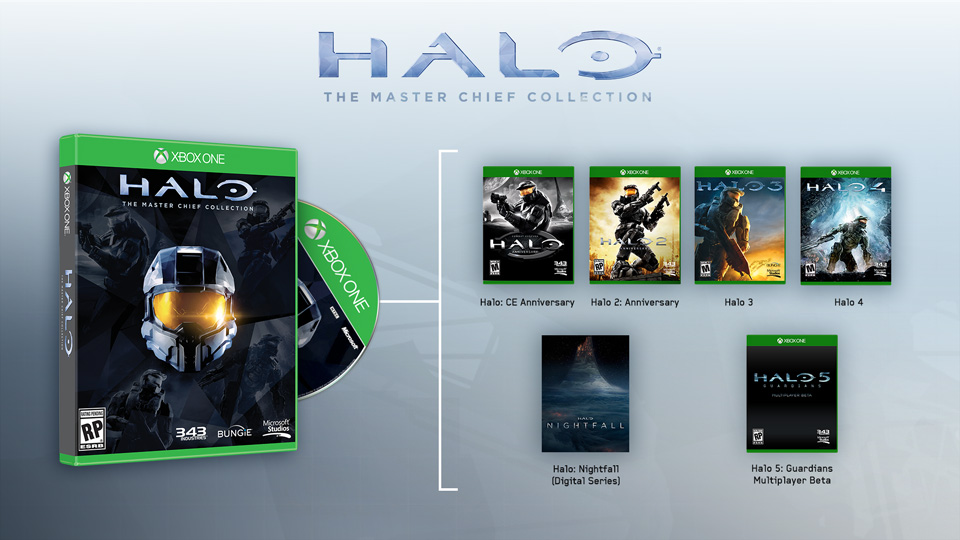 When it comes the contents of 'Halo: The Master Chief Collection,' it breaks down into six major pieces, followed by a long list of features. Focusing on those six pieces and there's 'Halo: Combat Evolved Anniversary,' the new 'Halo 2: Anniversary,' 'Halo 3,' 'Halo 4,' 'Halo: Nightfall,' and the 'Halo 5: Guardians' Multiplayer beta. Each of the four 'Halo' titles features its own intact multiplayer mode, and are playable in 1080p at 60FPS. (Even if just bought 'Halo 3' and 'Halo 4' for the 360, the technical upgrade on those games is very attractive for multiplayer.) That's along the lines of more than 100 multiplayer maps all told, not to mention the 45 missions that make up the campaigns. 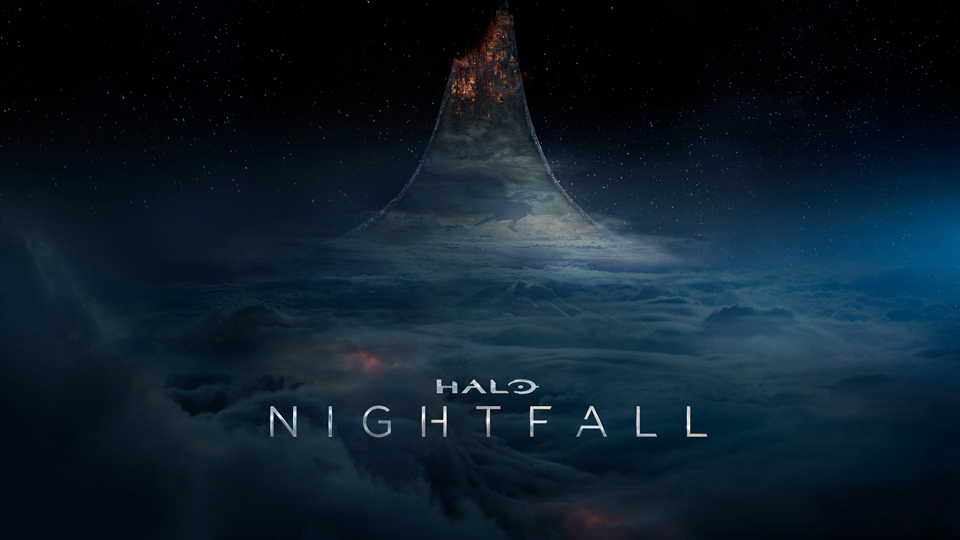 Meanwhile, 'Halo: Nightfall' is the Ridley Scott produced live action series. Fans can expect 'Battlestar Galactica' or better production quality and a story that will introduce 'Halo 5's Agent Locke, so this isn't some throw-in. For fans of the 'Halo' story, this is as important as the 'Halo 5: Guardians' multiplayer beta. 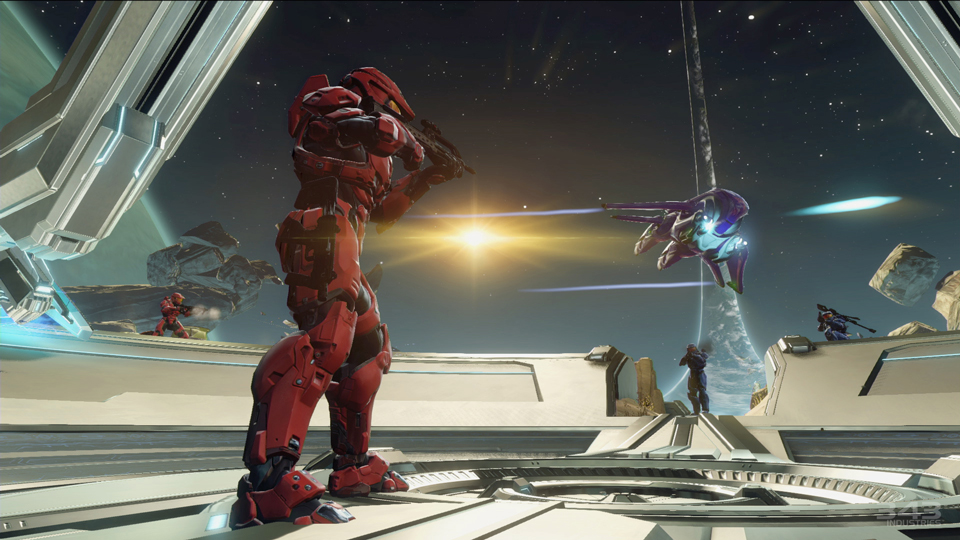 The new 'Halo 2: Anniversary,' could easily stand its own. It's a series favorite, and 343 Industries are pulling out all the stops. There were things that they wished had been better with 'Halo: Combat Evolved Anniversary,' and those lessons are being brought to bear on what is many players' favorite 'Halo.' The jump from the original Xbox to the Xbox One hasn't meant just an uprez. The entire campaign plus six signature multiplayer maps have been completely redone in terms of visuals, but the design has been preserved to a pure degree. 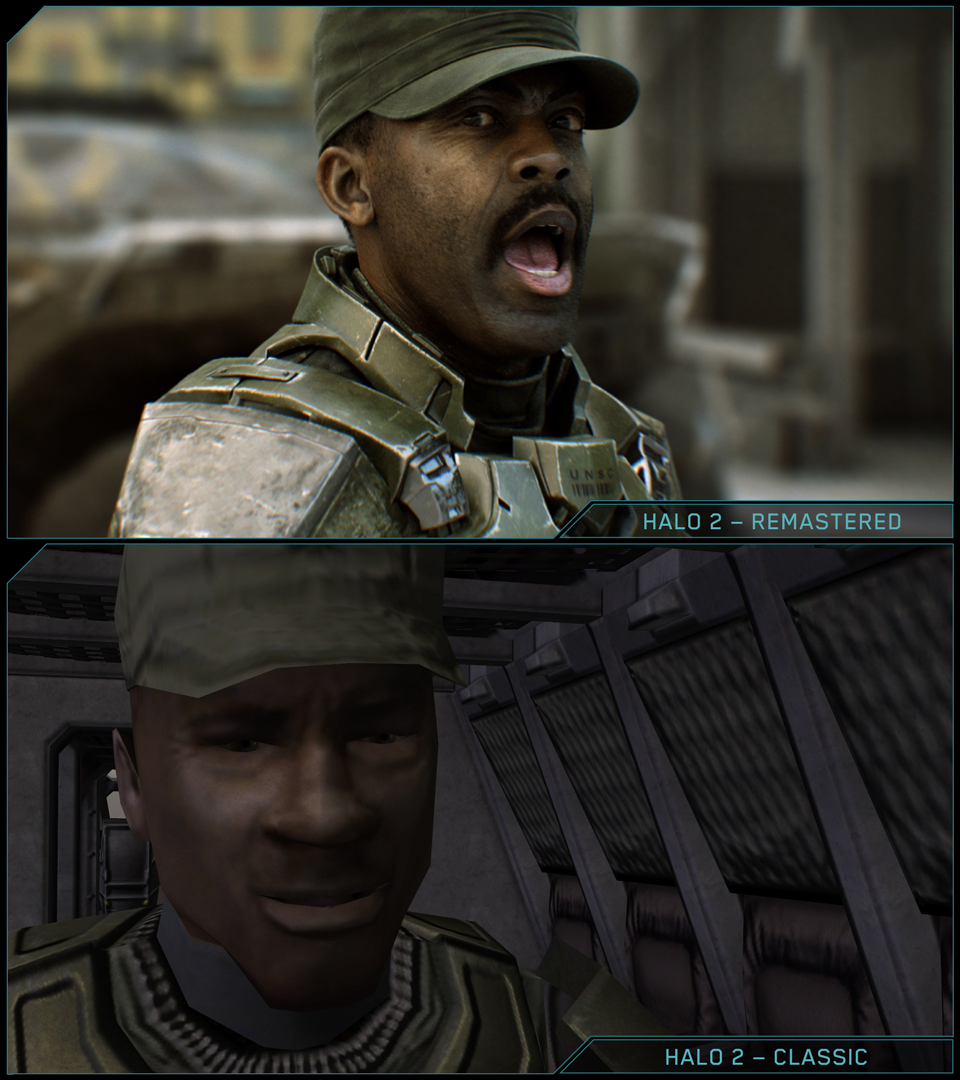 With one button press, 'Halo 2: Anniversary' can be switched visually from the original to the new Anniversary version. The reason there's no lag when switching is because both versions of the game are being rendered simultaneously. For fans who like to dig into version differences, it doesn't get better than this. The game is still months from release, but in the demonstration I attended, this version switching worked flawlessly. The video below should give you a small idea of what I mean.

It was also in that demonstration that I got to see some redone cutscenes. Blur Studios has been tasked with the job, and they are second to none. The early work that I saw, which they already are well ahead of and regard like a laughable draft, looked great. My understanding that a similar approach is being taken with the audio. 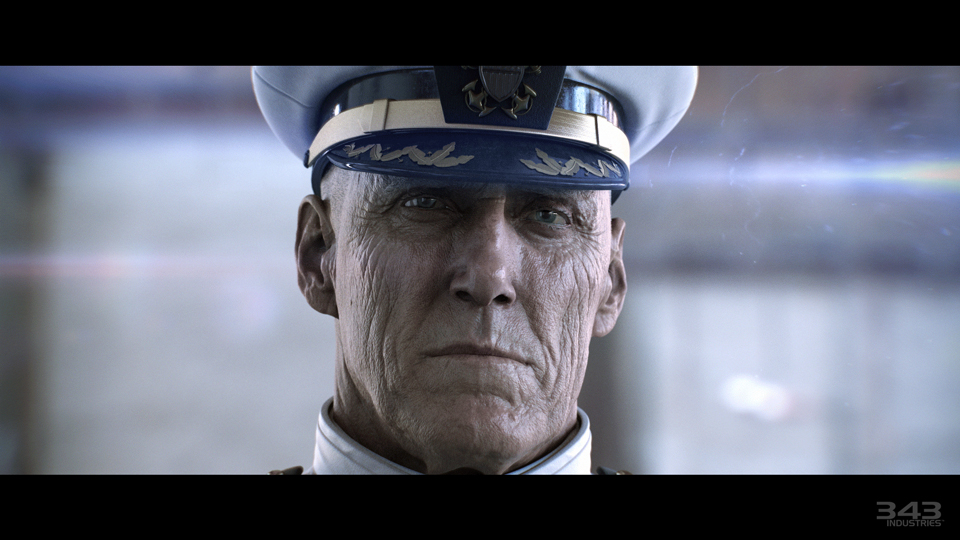 Though the game's design is meant to remain as Bungie made it, 'Halo 2: Anniversary' will have terminals that unlock a new Blur Studios' produced segment meant to serve as prologue/epilogue piece for 'Halo 5'

While players can take on the individual campaigns, and even play from the beginning of the first 'Halo' through to the end of 'Halo 4,' many will instantly flock to the Halo: The Master Chief Collection's playlist feature. Seasoned 'Halo' fans will be able to pick out their favorite campaign moments and put them in a playlist, while less familiar players have freedom to jump around, which should make for a binge-like tour of the four games. 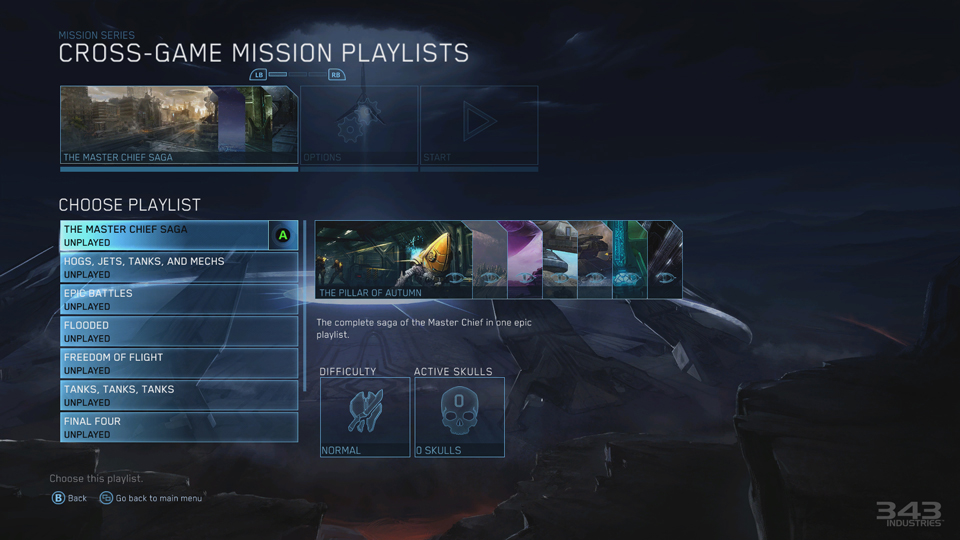 When you add in the price of the collection, $60, it just seems like Microsoft and 343 brainstormed a wish list of possibilities, and then decided to include them all.

These days, it seems like re-releases, collections, updates and anthologies are as popular to produce as ever, but with 'Halo: The Master Chief Collection' Microsoft reached back to the pre Xbox days, all the way through the original Xbox, 360, post Bungie, and onto Xbox One Specific content to put together the best of 'Halo' past, present, and near future, all with an eye on delivering the right combination of authenticity, usability, and revamped for HD experience for both single player and multiplayer fans. Corralling everything needed asset wise and talent wise was an undertaking far beyond the scope of a typical HD update, and each tricked used in each game's original development a potential stumbling block. At the end of the demonstration I was trying to think of game franchises that might have produced something along the lines of the scope of 'Halo: The Master Chief Collection.' The presenters, who had chatting about that previously, offered up one answer as being more ambitious, the Super Nintendo classic, 'Super Mario All-Stars.' That collection of updated (for the SNES) and beloved games is still an awesome product, and one that Nintendo has not elected to duplicate processwise. 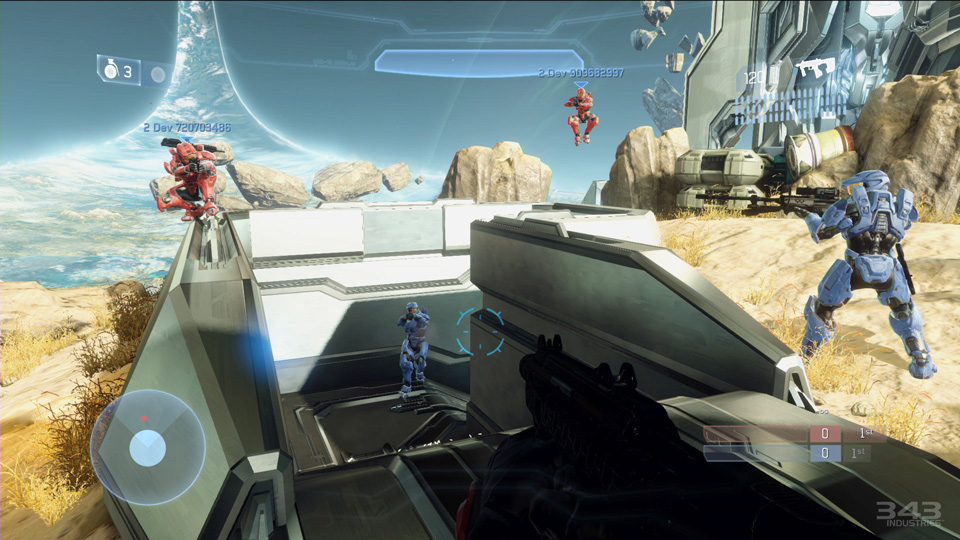 You can find the latest info on 'Halo: The Master Chief Collection' linked from our Video Game Release Schedule.