'Assassin's Creed: Unity' is a game that can be dazzling, especially in terms of a game not available on the older consoles. As updates from Ubisoft have helped to improve some of the bugs, Ubisoft has elected to give the upcoming 'Assassin's Creed Unity Dead Kings DLC' for free to all 'Unity' owners. Patch 4 is on the way, but in the meantime, the most ambitious 'Assassin's Creed' in years is on sale today at Amazon for only $29.99. (50% off the normal price, today only, order here)

From the High-Def Digest review of 'Assassin's Creed: Unity'

"'Unity' manages to look very good on the Xbox One. The lighting in particular is beautiful, as I first noticed when I was climbing Notre-Dame and the stained glass windows perfectly reflected the sunlight." 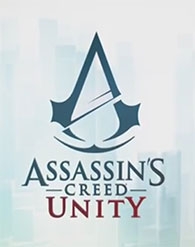