Prime Day: 'Destiny' Limited Edition Discounted on the PS4 to Only $39.99

For anyone thinking about jumping into the 'Destiny,' the 'Destiny' Limited Edition is a smart way to go, especially since it includes the two released expansions. In essence this is everything a player needs coming up to the 'The Taken King,' plus a small mix of in-game CE content (very small), and nice physical content.

Today, as part of Prime Day, Amazon has the 'Destiny' Limited Edition discounted down to $39.99. (Order here, applies to PS4, PS3, and 360 versions.) The Limited Edition is normally priced at $99.99. This deal is meant to last several hours, but like most Prime Day Video Game deals, it will likely be claimed quickly. Of course, buyers will need to be Prime members, but Prime membership can be had on a free trial basis very easily (see here).

-Limited Edition SteelBook™ Case and Game Disc
-Guardian Folio, containing:
-'Arms and Armament' Field Guide: Many believe the weapons and armor featured in this record are a myth. You will learn the truth.
-Postcards from the Golden Age: Our worlds have been claimed by our enemies. Now, it’s time to take them back.
-Antique Star Chart: Explore the wild frontiers of our solar system. Discover all that we have lost.
-Collector’s Edition Digital Content: The City has provided you with a cache of items to start you on your journey, including:
-A Unique Ghost Casing
-An Exclusive Player Emblem
-An Exclusive Player Ship Skin
-Includes the Destiny Expansion Pass* 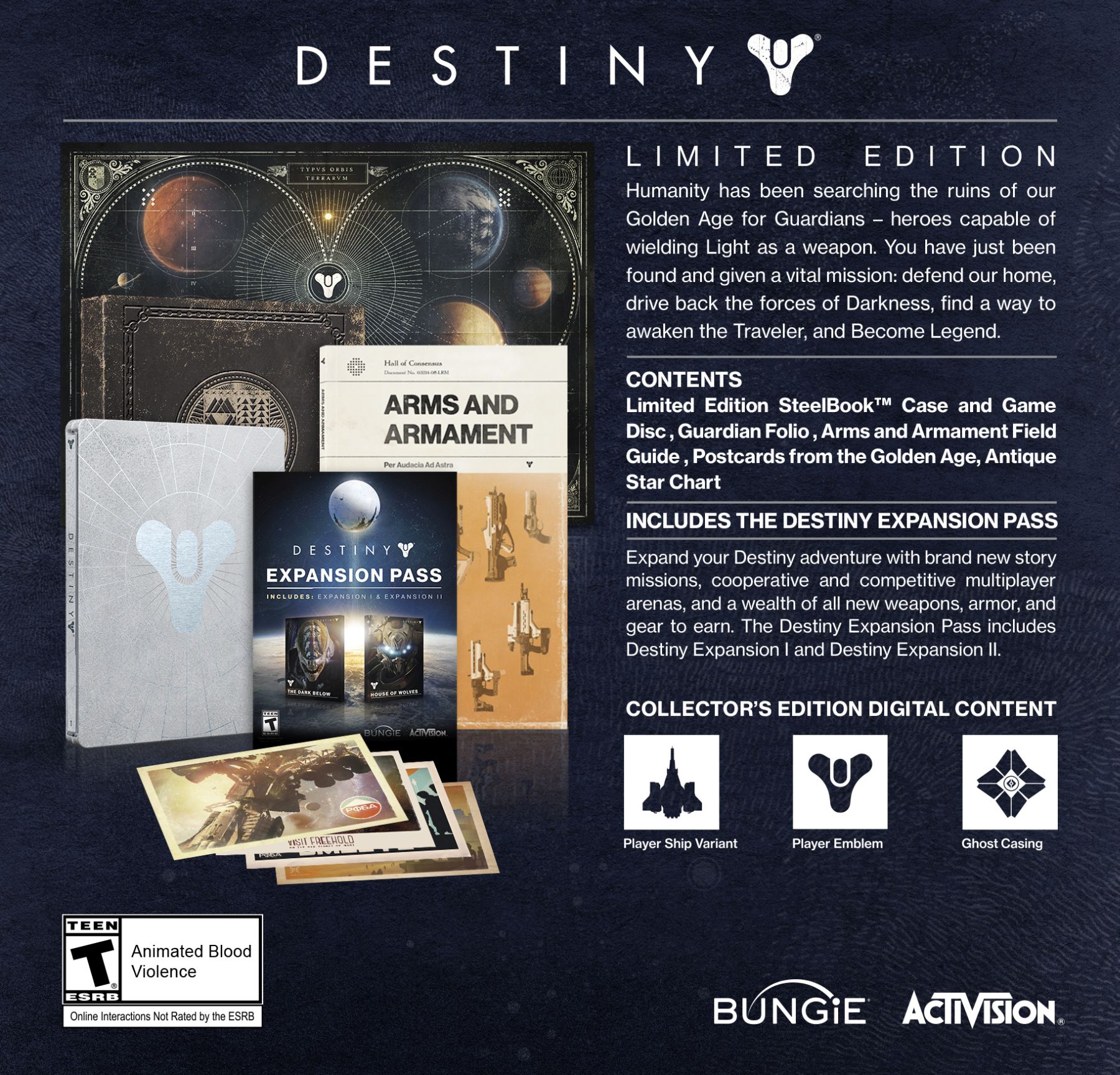 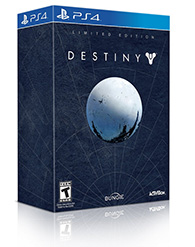 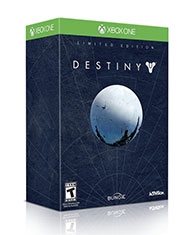