Landmark title on its way to a friendly return.

The first 'Gears of War' was released way back in 2006, a scant year after the release of the Xbox 360. It was developed by Epic Games and published by Microsoft, and was one of the first titles to use the third iteration of the Unreal Engine (which perhaps received just as much acclaim as the game did, if not more). It is a brutal, competent third-person action game with a high level of polish. Almost a decade later, Microsoft is renewing the franchise after a tepid showing by 2013’s 'Gears of War: Judgment'. 'Gears of War' is getting the obligatory eighth gen remaster, and 'Gears 4' is in development for a 2016 release. 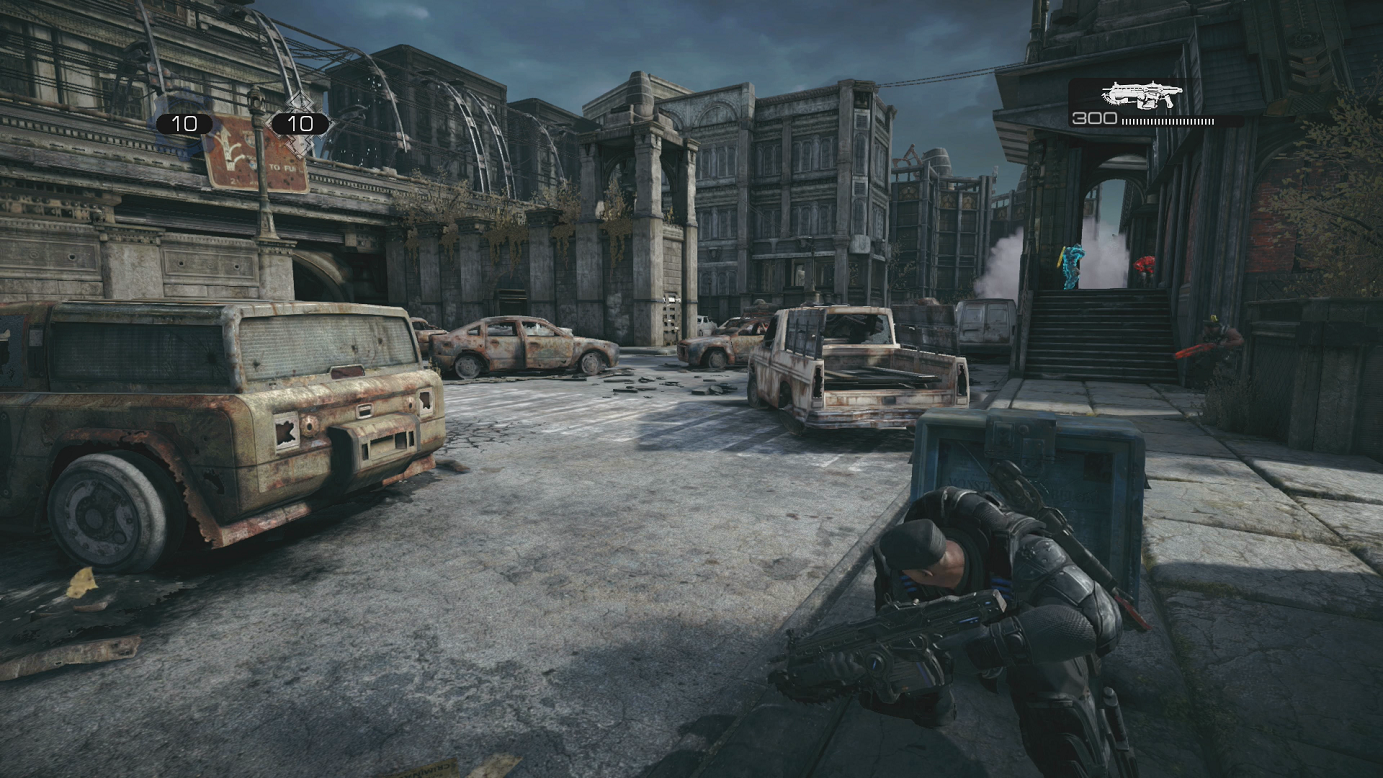 This particular beta offers only multiplayer, as these betas are wont to do. Every day a new suite of maps and gametypes are rotated in, but most games are in the deathmatch format. Very little has changed from the original 'Gears'. Instead of a point or kill count with endless respawning, each match gives teams 10 respawns with which to empty out their opponents’ respawns. The pace is a bit slower and quieter than something like a 'Titanfall' or 'Destiny', where motion detectors prevent surprises. Here there is no radar and it is very easy to sneak up on other players. The shotgun reigns supreme, as it always has in 'Gears' multiplayer - automatic weapons have a tendency to simply shoot marshmallows. I took the opportunity to brush up on my old "two-piece" - a cheap, reliable melee/shotgun combo. I still suck at it.

DBNO, or down but not out, is present in many gametypes. Players can be wounded when taking heavy damage but do not die unless something horrible happens to their body, like being chainsawed, blown apart by a torque bow, headshotted, etc. If the enemy leaves them alone for a few seconds they can furiously hammer on the A button to revive themselves, or can be instantly revived by a teammate. This promotes teamwork in a game where lone wolves can be quite successful, and can also help teammates locate the bad guys. 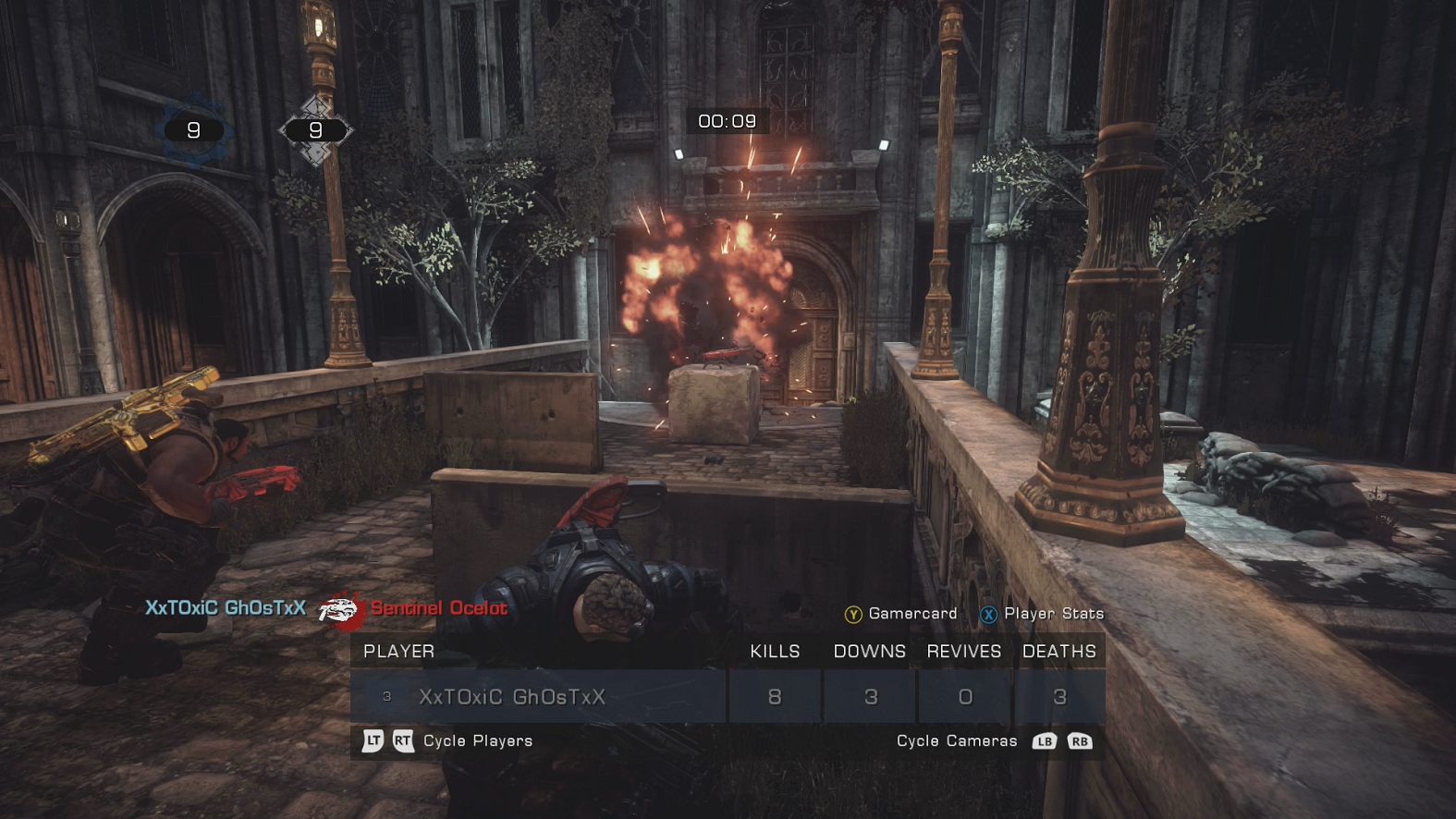 In terms of technical quality, the engine is running relatively smoothly. While 'Gears' is showing its age, it still looks pretty after all these years, especially with the improvements that The Coalition has made. They put in more work than is typical for a remaster - textures have been completely replaced, not just brushed up. The Unreal Engine’s Lightmass suite has been implemented here, which was not available in 2006. This means that lighting is less blocky and more realistic, and allows for more advanced shadows and tighter occlusion. The Coalition has also promised denser, richer maps, but this is perhaps something that will be more evident in the campaign when we can look at foliage and the like. My only complaint so far is that everything looks kind of grainy, like there’s a filter over the camera. It has a tendency to water down bright colors. 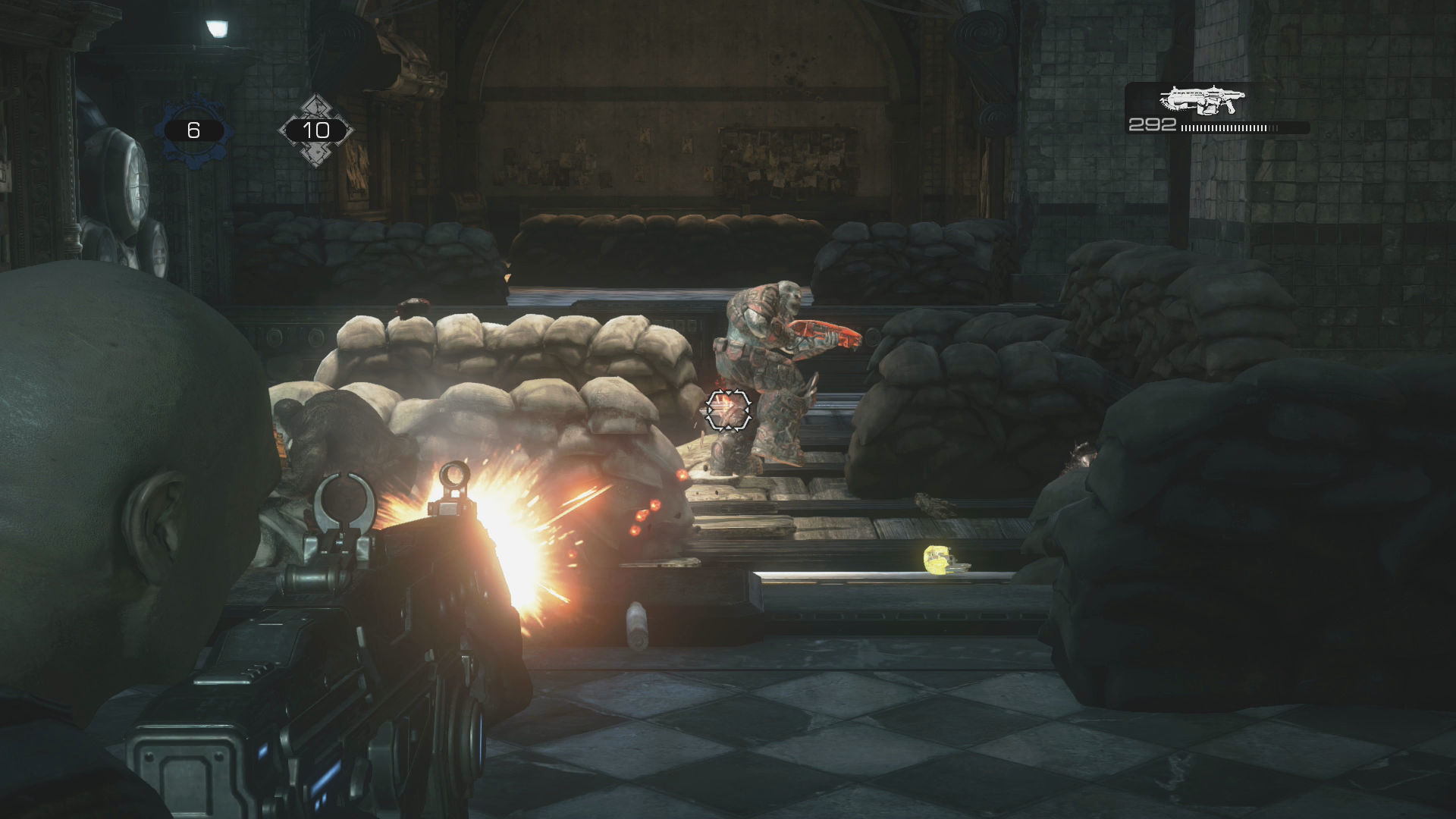 The game’s speed usually clocks in at 60fps. It is rare that even something like a large explosion interferes with gameplay, but since there are only 8 combatants on a map, it’s hardly a benchmark for a heavy campaign level when dozens of Locust are streaming in from all sides and explosions are happening everywhere. The engine is nothing if not robust, however, so I would be surprised if the final product had performance issues, even with the visual improvements. 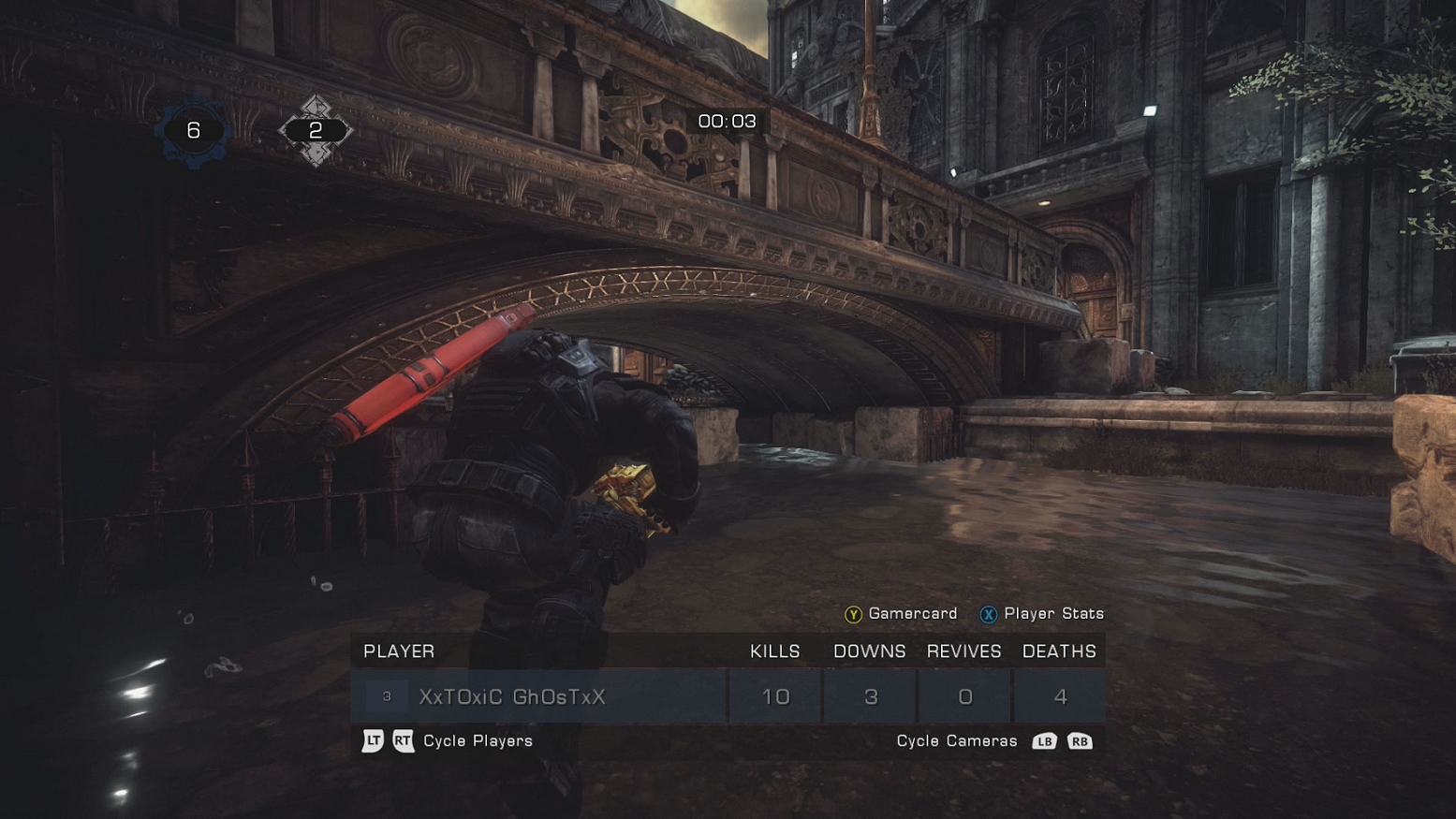 I am always happy to play 'Gears', but this tiny snippet of a beta gives only a very shallow look into what the remaster covers. I am optimistic about what The Coalition is doing, however, and we’ll be able to see the fruits of their labor on August 25th, 2015.