Yes, 'Dark Souls III' Will Be The Last 'Souls' Game

Every journey has its end, even a journey as epic and harrowing as the 'Souls' series, and in a new interview with Gamespot, we have confirmation from Hidetaka Miyazaki that 'Dark Souls III' will indeed be the last step of the journey for the folks at From Software.

"I don't think it'd be the right choice to continue indefinitely creating 'Souls' and 'Bloodborne' games. I'm considering 'Dark Souls 3' to be the big closure on the series. That's not just limited to me, but From Software and myself together want to aggressively make new things in the future. 'Dark Souls 3' will mark the last game where the development project began before I became president. The next title will be a game that was conceived while I was president. I believe that From Software has to create new things. There will be new types of games coming from us, and 'Dark Souls 3' is an important marker in the evolution of From Software." 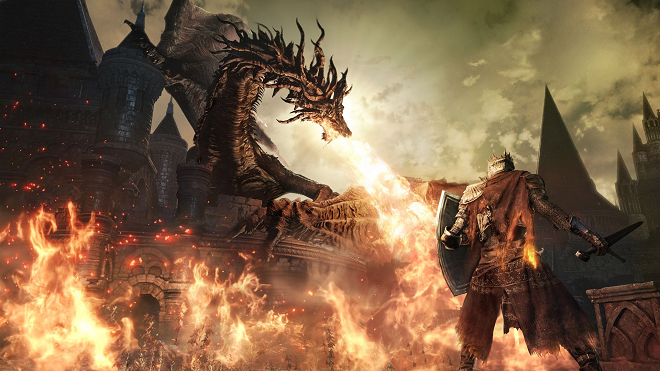 With four 'Souls' games and 'Bloodborne; under their belts, arguably, it's definitely time to move on. What the next step will look like, though, Miyazaki was, as you might expect, a bit vague. "I certainly have ideas for what might be interesting to do and what would be cool. [Laughs] But those ideas can be linked to concepts for our upcoming games, so I won't give you too many details on that."

For the time being, let's just enjoy the ride while it lasts. You can start this coming Tuesday, November 23rd, when 'Bloodborne' gets the 'Old Hunters' expansion.