'Paragon' To Close Out The Summer With An Open Beta

Because, in the midst of all this MOBA love for 'Battleborn' and 'Overwatch', Epic would like to remind everyone that its own entry into the fray, 'Paragon', is still out there, and will be spreading the love a little wider in a couple of months.

The game will be getting its open beta on August 16th on both PC and PS4. Anyone feeling antsy can just into the early access version for $20, but the open beta will in fact be free to all.

As for those folks who decide to do the Early Access, Epic hasnt forgotten you folks either, and on top of a slew of updates and tweaks, you're also getting a new melee-based hero named Khaimera on June 21st.  They were also kind enough to offer a first look video, which we've linked below.

You can find the latest info on 'Paragon' linked from our Video Game Release Schedule. 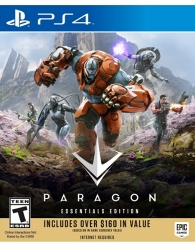