It'll be arriving a little late, but a listing on Gamestop.com has revealed that 'Star Wars Battlefront's new "Outer Rim" DLC will be arriving on April 5th. Naturally, if you own the game's $50 Season Pass, it'll be free to download at 10AM Eastern that day. For everybody else, it'll be $15. if you don't already own the Season Pass, there's actually a $5 off discount for Gold subscribers. 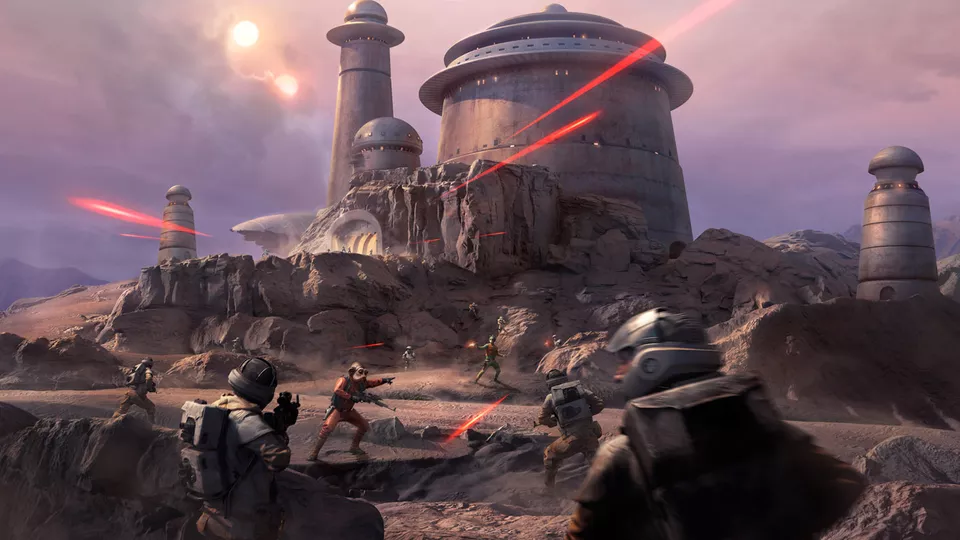 According to the product listing, the pack will have you fighting on new stages, including Jabba's sail barge, and the factories on Sullust, and in addition, you'll be doing so with two new characters: poor slow-on-the-trigger Rodian Greedo, and Lando Calrissian's 'Return of the Jedi' co-pilot Nien Nunb. The pack will also bring a new gametype to the party: a Capture-The-Flag variant called Extraction.  Overall, not a bad way to spend $15.