The real game is about to begin later today, as the actual show floor opens to all attendees, but while we wait for the magic to happen, we figured now's a good time to go back over the conferences for a quick graded recap of what we've seen so far from the big pressers. And oh, the things we've seen... 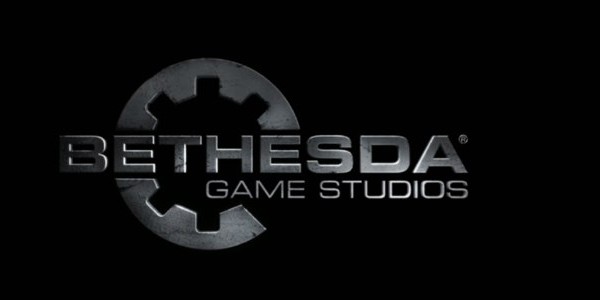 There was pretty much only one thing people wanted to see out of Bethesda's first attempt at a press conference, and they delivered. Todd Howard got on stage, and gave a fairly extensive overview of what to expect out of 'Fallout 4'. The answer was "a lot". Male/female protagonists, a robot sidekick, your own trainable dog, the ability to craft and help rebuild the world to your own liking, as well as some genuinely cool peripheral stuff, like the 'Fallout: Shelter' Vault sim game that's out on iOS and the Pip Boy app and replica that'll be packed in the Collector's Edition.

Indeed, 'Fallout 4' made a lot of folks happy Sunday. They just had to suffer to get it.

Bethesda's conference started with 'Doom', which should've been the talk of the show, but it's already two days later, and virtually everyone's forgotten it even happened. The simple fact was, despite some gorgeous graphics, and deliriously over-the-top gory finishers, 'Doom' looked just plain boring. It was less the fact that it seems to be designed with a very old-school design ethos--shoot till someone drops a key, basically--but that the enemies were uninspired, the maps could be copy-pasted from anywhere, and the lurking sense of fear and horror they managed to ace in 'Doom 3' was nowhere to be found. 'Doom''s big return feels years too late. And that's a sad thing.

There was also a segment on 'Elder Scrolls Online', for the 12 folks who actually play it, as well as a great, but all too brief CG movie for 'Dishonored 2', showing off the new female protagonist, which they also used as the opportunity to announce 'Dishonored' getting a Definitive Edition. But for all intents and purposes, Bethesda had two big bullets in their barrel for this show. One struck hard. The other one was a whiff. 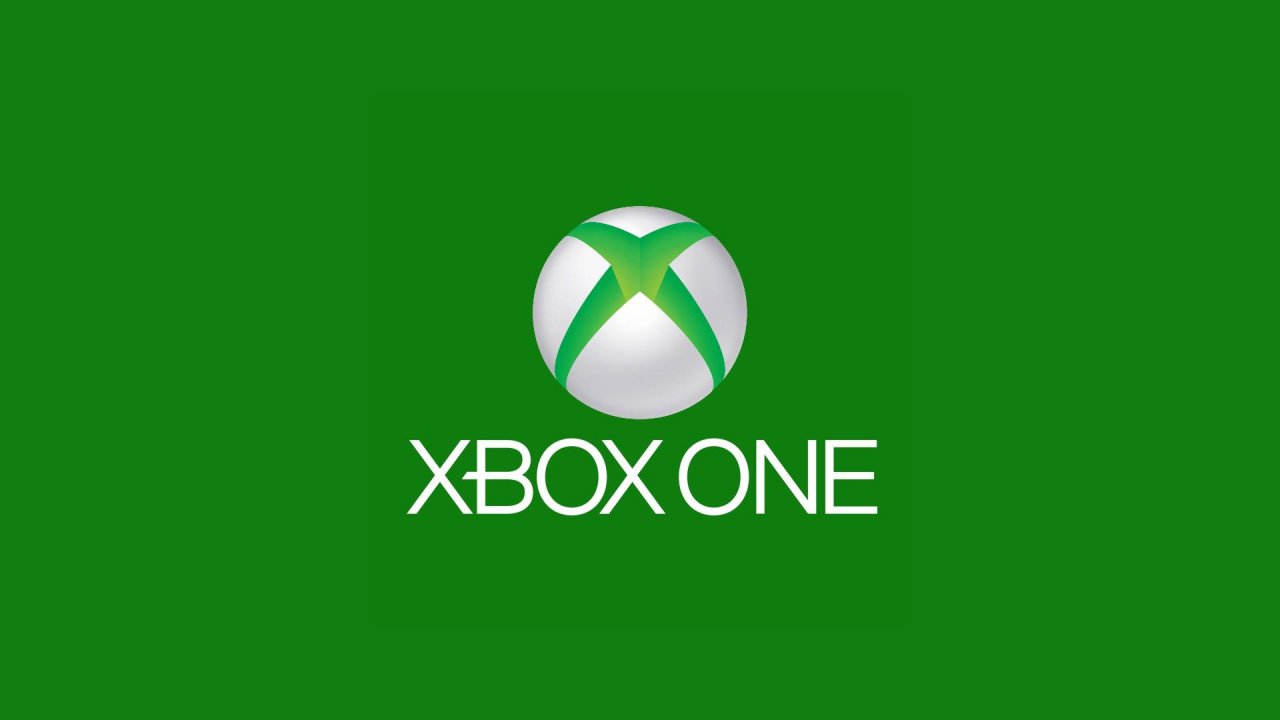 In what seems to be a common tactic this E3, Microsoft came out of the gate scrapping like their life depended on it. It didn't, considering the Xbox One's been making decent headway lately. Regardless, after a fast intro, using the ostentatious 'Man of Steel' score, we got 'Halo 5' gameplay. It looked gorgeous, the squad interplay brings back fond memories of 'Reach', and the dueling squadrons of Master Chief faithful seems like a fascinating angle. Only concern is that 'Reach' was fascinating because your squad was losing the entire game. '4' was legitimately great, thanks to Cortana's heartbreaking rampancy plotline. Haven't seen anything that interesting out of 'Guardians' yet. But it's early.

And then Microsoft announced backward compatibility with the 360, and god help you if you didn't hear that 'Team Fortress 2' killstreak fanfare when they did. They announced it, and took a parting swipe at Sony's PS Now streaming service in the process. Theres a thousand ways they could mess this up between now and the holidays, but so far, they're saying all the right things: you put in a disc, and it either reads it, or you go download a digital version. And that's pretty sweet.

It couldn't help but be a little downhill from there and for a brief period, where we had roll eyes through 'Forza' and yet another Tom Clancy pro-military-industrial-complex ooh-rah, it was a dip, but then, we also got 'Recode', a brand new game with Keiji Inafune (of 'Mega Man' fame) teaming up with the folks responsible for 'Metroid Prime', a classy segment allowing some of the indie folks making games for the One to showcase their goods, including the still-brilliant-looking-but-not-in-my-hands-and-thus-it-angers-me 'Cuphead'. There's some beautiful stuff coming for the system that's flying way under the radar, and MS did good letting them have their due time.

From there, it was all the expected beats we figured. 'Rise of the Tomb Raider' was shown, a legitimately nail-biting sequence with Lara trapped in a blizzard that actually trumps what we got out of 'Uncharted 4' later that night. Rare got a brief moment to remind us they exist, with a brand spanking new pirate-themed IP called 'Sea of Thieves', and a 30-game compilation from the studio's history, which is pretty much an incentive to buy an Xbox right there. A new 'Fable' was announced, as were Microsoft's VR ambitions with Hololens, which  was demoed using a VR port of 'Minecraft'. It will be impressive if they don't let it fall into Kinect-style neglect.

They ended on the foregone conclusion that was the 'Gears of War' remaster, and the first look at 'Gears 4', which has way more of a 'Resident Evil' vibe than anyone was expecting. it's a welcome shift, but still not terribly imaginative. Still. No sports. No TV. Just the gaming goods. Microsoft behind the 8-ball of this generation has made them better. The Xbox One will be better for this renewed focus.

The problem with EA's presser is a problem of focus rather than content. They got everyone good and riled from the get-go with the first badass look at new 'Mass Effect'--now subtitled 'Andromeda', by the way. Despite its sadly waning player base, 'The Old Republic' got a great trailer for its new story DLC. We later got the kickass look at new 'Mirror's Edge' we've all been waiting for. They closed out with a stunning chunk of Hoth gameplay from 'Star Wars: Battlefront'. And in between, we got a beautiful charmer of a game called 'Unravel' about a little cat made out of yarn jumping around a forest, which was introduced by a developer so clearly passionate and nervous about having to make his case on the biggest stage of the world, you kinda just wanted to reach out and hug your screen.

So, of course, they followed up the warm fuzzies everybody had about that game with a sports-mascot zombie strutting out to the stage to "Danger Zone" from 'Top Gun' to scream about 'Garden Warfare 2' for 5 minutes.
At least 'Garden Warfare 2' looks like a blast. In general, though, for every minute we spent with the big titles, 5 were spent on jock minutiae from 'Need For Speed', 'NHL', 'FIFA', and 'Madden'. Yes, we can't deny this is EA's true bread and butter, but the balance was so unequal to almost feel like an endurance trial for the folks just trying to see the damned 'Mirror's Edge' trailer. Soccer legend Pele came out on stage, and the man might be a legend in his sport, but this conference was NOT the time to do a Charlie Rose interview.

EA certainly has an impressive lineup, but if the goal was to keep their core happy while presenting it, they failed, miserably.

The good news is that Aisha Tyler continues to rock at this. God help her, she moves heaven and Earth every year to make the Ubi conference fun, and despite trying to force a meme on the world, she's still a delight.

The bad news is Ubi not having much else up their sleeves. We got a nifty looking new tactical action title called 'For Honor' where you fight massive wars as a knight, a samurai, or a viking. A 'South Park: Stick of Truth' sequel was announced, switching from 'Lord of the Rings' to superheroes with the cheap, yet hilarious subtitle of 'The Fractured But Whole'. A current-gen 'Trackmania' was announced, and finally looks like the Wachowski 'Speed Racer' game we deserve.

Aside from that, it was all Tom Clancy's show, with 'The Division', 'Rainbow Six', and a new 'Ghost Recon' taking up the majority of stagetime. We got a little bit more 'Assassin's Creed Syndicate', but it was nothing we didn't get out of Ubi's presentation last month. If you love Tom Clancy, this was your show. If not, you sat there waiting for Pele to come back. Still, they did announce Angela Bassett starring in 'Rainbow Six', and also unlocked the achievement of being the first E3 conference to show two black women having a conversation about their work on a stage.

But yes, we also got this....thing. Which, I think, is worth extra points on sheer WTF factor. 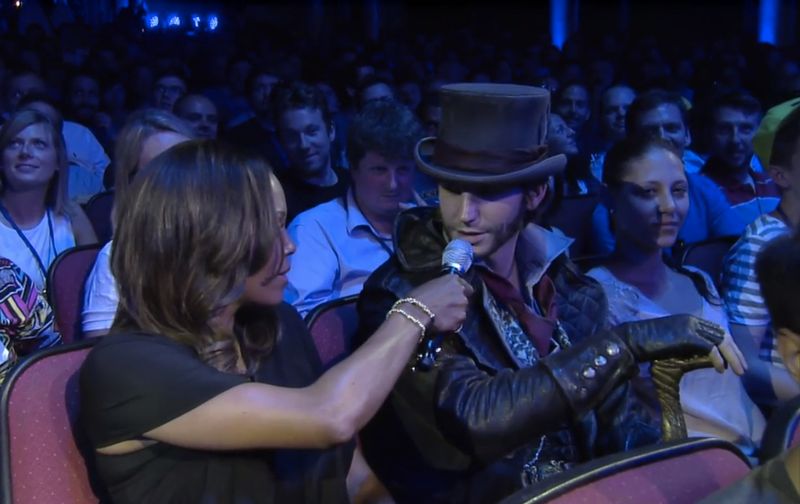 No one will ever blame anyone who says they recently found religion and directly traced their faith back to Sony's conference, in which three miracles were performed: 'The Last Guardian', 'Shenmue III', and a full on 'Final Fantasy VII' remake are now the reality of our world, not the stuff of far of rumors and legend. They STARTED with 'The Last Guardian', for crying out loud. Sony essentially made the impossible possible, and gamers aren't likely to forget that night.

It was enough to bolster the fact the rest of Sony's presser was pretty much a "stay the course" sort of presentation. Still, staying the course, for Sony, means keeping the PS4 plied with great looking games, and they had that in spades. New games (Cavemen vs Dinobots actioner 'Horizon: Zero Dawn', Media Molecule's nebulous, but beautiful 'Dreams', Campo Santo's 'Firewatch', headed up 'Walking Dead''s Sean Vanaman), new info about upcoming games (Cammy and Birdie coming to 'Street Fighter V', a wee bit more Evie Frye gameplay from 'Assassin's Creed: Syndicate', a creepy trailer for the Scarecrow Nightmare Pack for 'Arkham Knight'), and, of course, the expected morsels of gameplay from the heavy hitters (a sweet car chase from 'Uncharted 4', a new 'Destiny: The Taken King' trailer, more 'Battlefront' footage). We also got an impressive montage of indie titles on the way, including a completely psychotic-looking side-scrolling beat-em-up called 'Mother Russia Bleeds', as well as enough info to basically piece together that Activision and Sony are true BFFs now, and pretty much any and all expected privileges one might expect from 'Call of Duty', the PS4's getting it first.

Pretty much the only sour note from Sony's conference was a very "how do you do, fellow kids?" segment pushing the 'Star Wars' expansions for 'Disney Infinity 3.0'. Otherwise, Sony has very little to prove. Their system rules the market right now, and as long as there's still quality games fueling this machine, there's not much else they needed to do this year.