But there is a wait. 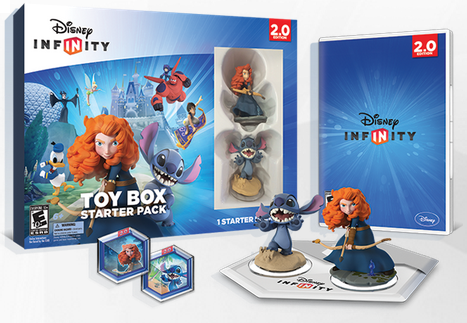 'Disney Infinity: Toy Box Starter Pack (2.0 Edition)' is positioned as an alternative the Marvel set. It includes two Disney Originals figures, Merida and Stitch. Though it's the same game disc as the Marvel set, there is no adventure mode for those two figures, meaning that buyers of this set only will be confined to the Toy Box mode until they get some other figures. This Toy Box Starter Pack is not due out until November 4th.

The new set is not yet available to pre-order. Expect an update once it is.

You can find the latest info on the 'Disney Infinity' 2.0 Editions linked from our Video Game Release Schedule.