'Destiny' surprises in more ways than one.

With nary a true disappointment on their track record (personally, I don't dislike 'Oni' as much as most), Bungie has risen far above its humble roots as a Mac developer throughout the 90s. To this generation of gamers, Bungie is synonymous with the 'Halo' series; a consistently fluid sci-fi FPS epic spanning five games under Bungie's banner. With Halo now firmly in the hands of Microsoft and doing well ('Halo 4' was a genuine surprise and 'Halo 5' should be of equal or greater success), Bungie was left to fill the void with a project they've been working on for a few years now. 'Destiny' takes a very familiar mold, the sci-fi action epic and pushes the boundaries of what was a very comfortable journey throughout the 'Halo' saga into what will hopefully live up the hype as a true living breathing game world. 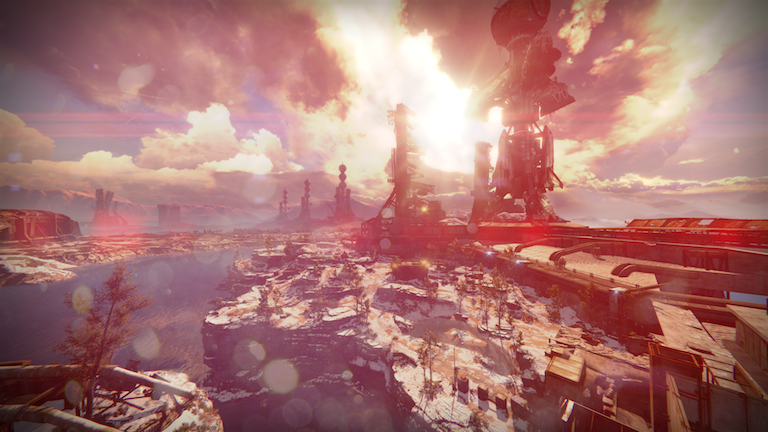 Set in the remnants of a war torn Earth, years after the arrival of the mysterious Traveler and well into the punishing genocidal invasion of the Darkness, known in-game as "the Collapse," 'Destiny' offers gamers much more than the familiar FPS experience, pushing the genre forward most notably in the multiplayer realm into something far more akin to an MMO. Offering three distinct character classes to choose from: the Hunter, the Titan and the Warlock, players experience the slowly unraveling story in short missions that are handled either solo or through a three-person fireteam; either way, your AI Ghost companion (Peter Dinklage in a somewhat infamous vocal performance) leads you to objectives and provides snippets of back-story. As quickly as the experience begins, it's all but over, as 'Destiny' exists only in the beta stages, but what an experience it was.

Launching on both current incarnations of the Playstation and Xbox respectively, 'Destiny's beta is shockingly, one of the best gaming experiences of 2014. Having only had a few days with the Xbox 360 version, there are some distinct impressions made by the experience that shape levels of anticipation and promise for the final product come September 9th. Bungie was very smart in offering up the first foot in the water of 'Destiny's story arc as well as insight into the game's cooperative and competitive multiplayer aspects, although not all was perfect with the beta experience and the short time frame the 360 version was available does leave some lingering questions and concerns about aspects of the final product. 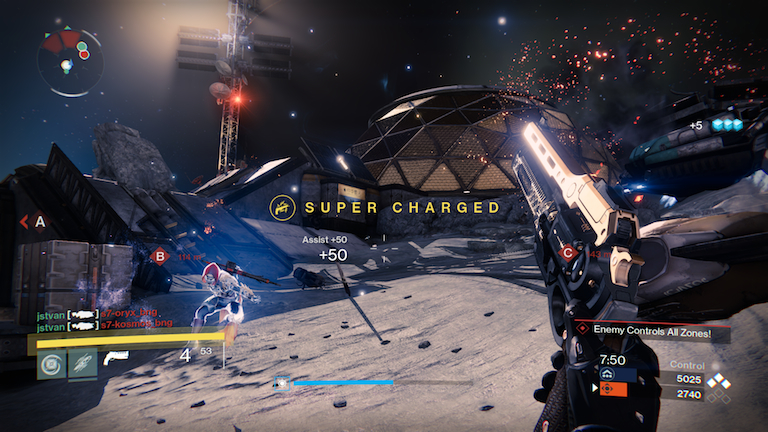 From a pure gameplay perspective, 'Destiny' is incredibly fluid; familiar, but its own beast entirely. The game controls like your average FPS, down to the second nature moves, such as sprint mapped to the right thumbstick and melee attacks and grenades accessible via the right and left bumpers respectively. Gunplay, wither it be hip fire or aiming down the sights, is slick, accurate and satisfying. All this is aided by level design that is natural, thematic and very logical. I not once found myself in a shootout where there wasn't a well-placed but not out-of-place piece of cover to duck behind to allow my shields to regen and/or quickly reload. While the beta only offered a few enemy classes to dispatch, it never once felt unbalanced should I be using a sniper rifle at a distance or hand cannon up close. Both extremes felt perfectly capable; at the end of the day, getting more up close requires practice and skill on the player's part.

One comparison I can't help but make is that 'Destiny' often feels like a very realistic, refined version of 'Borderlands,' a game I frankly didn't care for much at all. The seemingly robust equipment system, bevy of weapons you acquire, all serving a unique purpose, and a very hearty skill tree all allow a great weave of RPG elements into the standard FPS setting. While I can't say the complete skill tree for each class will be a revelation, what little was offered in the beta shows the foundation for playing the game as each class as a necessity instead of an option. 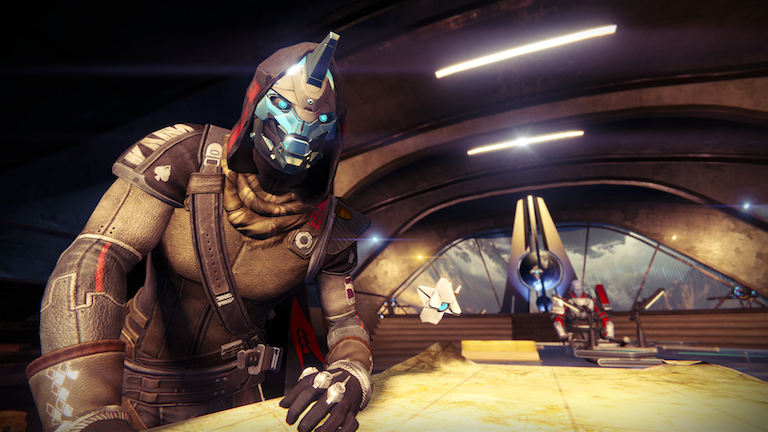 Straying awhile into the multiplayer aspect, I found little wrong with the cooperative portion of 'Destiny' jumping into a few random missions along the way. The Destiny 360 beta's framerate held up reasonably well when interacting with others and the only major complaint is the lack of communication by other players, mostly due to the necessity of forming a fireteam as a pre-requisite for in-game chat. The competitive multiplayer portion was a bigger concern, with one section unavailable for unknown reasons. What I did play of competitive multiplayer was a dismal experience. Although advertised as balanced, I personally felt certain character classics (well, the Warlock specifically) to have a distinct advantage. On top of that, only getting to play a standard area control doesn't really prove to me that on the competitive end of the spectrum, 'Destiny' offering anything new or innovative.

All in all, 'Destiny' has a lot to offer gamers; the entire game experience in the beta did feel like a relatively seamless world. Travel between The Tower (the game's central hub that includes a handful of NPC vendors, as well as class specific commanders (voiced by Nathan Fillion, Gina Torres and Lance Reddick) and the various locales (the beta only offered Earth and for a limited time the Moon, but locales such as Mars and Venus exist in the complete package) gives a great illusion of an unbroken journey, masking load times (which admittedly are a bit worrisome) with interstellar travel. Even the jump to competitive multiplayer, located in the in-game location of the Crucible shows Bungie trying to sell the unified game experience. 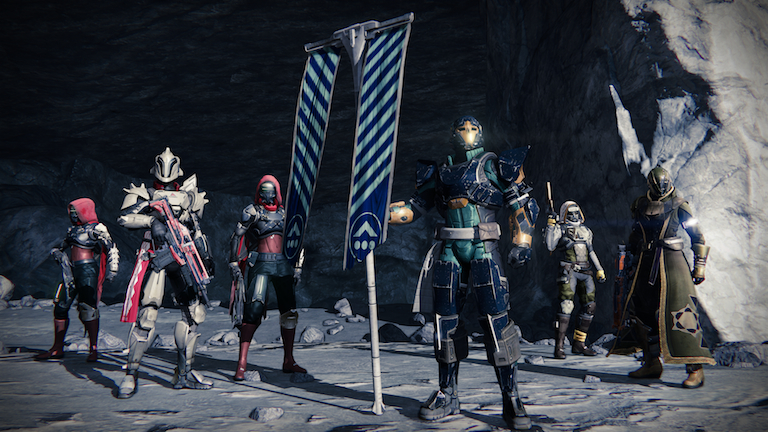 On the technical spectrum, the beta was impressive, but not really overly taxing the old 360 hardware. There was some noticeable aliasing. Draw distances are limited and pop-in is a regular occurrence. The framerate however, held up admirably and only a few hiccups involving slowdown during intense firefights reminded me that this was in fact a beta version. The bottom line is what's offered shows a lot of promise for a final end product that could easily live up to the hype. In all honesty I didn't expect much from 'Destiny' considering my generally middle of the road feelings toward the 'Halo' series. Bungie however has completely blown me away with a beta that truth be told, felt more polished than a few notable A-list titles over the past few years. Come September, I'll definitely be picking up where I left off.