The Soban Fleet Brings Advanced Tech to Bear in 'Homeworld: Deserts of Kharak'

Today, Gearbox & Blackbird Interactive announced a new aspect of 'Homeworld: Deserts of Kharak' (review here). The 'Soban Fleet' DLC brings a new playable fleet to the game, and these new units include the Soban Carrier, Battlecruiser, Baserunner, and Railgun.

The Kiith Soban are described as a "highly respectable force within the Northern Coalition." Their fleet uses advanced tech and tactics to attack from afar, disrupt their enemies, and take a tech-heavy advantage into battle. 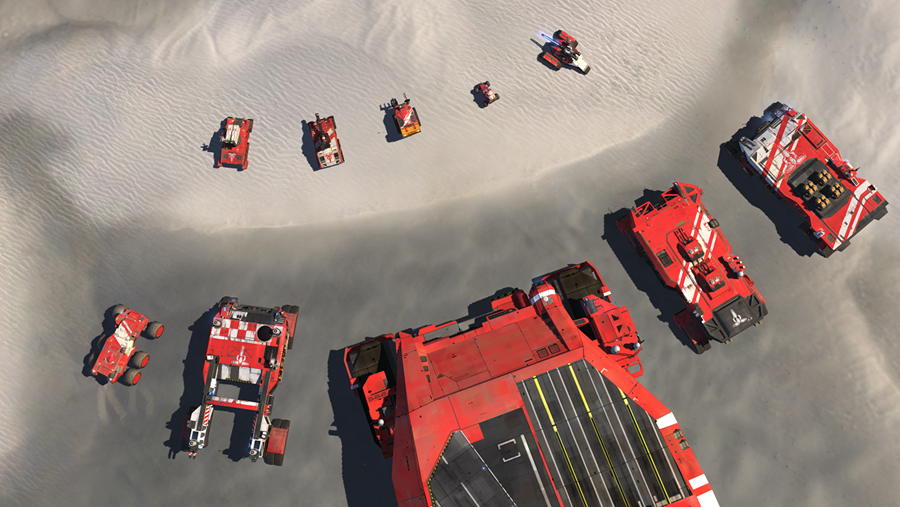 Here's a breakdown of the key units:

Soban Carrier:
Microwave Emitter - a new top tier weapon that will deploy deadly microwave radiation to a targeted area, damaging any enemy units while they’re in the AOE field.
Armed Logistics Modules - Soban armed logistics modules have a short-range defense system that slows and damages nearby enemies. Additionally, the Soban Carrier can redirect power to increase launch distance, rate-of-fire, and damage capability of these modules.
Defensive Railguns - The Soban Carrier does not use smaller calibre point-defense cannons. Instead, it has railguns for defense.

Soban Railgun: ​
Mark Target Ability - Soban Railguns can paint a target within range, helping friendly units to do more damage while the mark is active.

You can find the latest info on the 'Homeworld: Deserts of Kharak' linked from our Video Game Release Schedule.