Hover tanks a signature of this powerful affinity.

As 'Sid Meier's Civilization' series takes to another, world, players will want to know what the game's Affinity System means for their civilization. The three Affinities available in 'Sid Meier's Civilization: Beyond Earth' are Purity, Harmony, and Supremacy, and each have their advantages. In the new game, the human ability to adapt comes into play all the way down to chromosomal level, but the Purity Affinity takes a different tack.

From 2K Games, "Purity is focused on preserving, glorifying, and creating the ideal version of humanity as we know it now. If Harmony and Supremacy represent the changes humankind will face in the future, Purity is a total rejection of that adaptation. The look of the cities and units call back to the past, and feature lots of banners and sigils you would commonly see on the great civilizations of old. Purity units have no adaptations to the alien atmosphere and instead rely on big bulky sophisticated exosuits and vehicles."

"Purity is about raw strength, but don’t confuse that with simplicity. While military units are equipped with heavy battlesuits, many of their vehicles are equipped with hover technology. Floating tanks look more like floating fortresses. They move slowly, but they don’t suffer from the same environmental move penalties of a typical ground unit. Your enemy will not see a more terrifying sight than an army of floating tanks crossing the ocean." 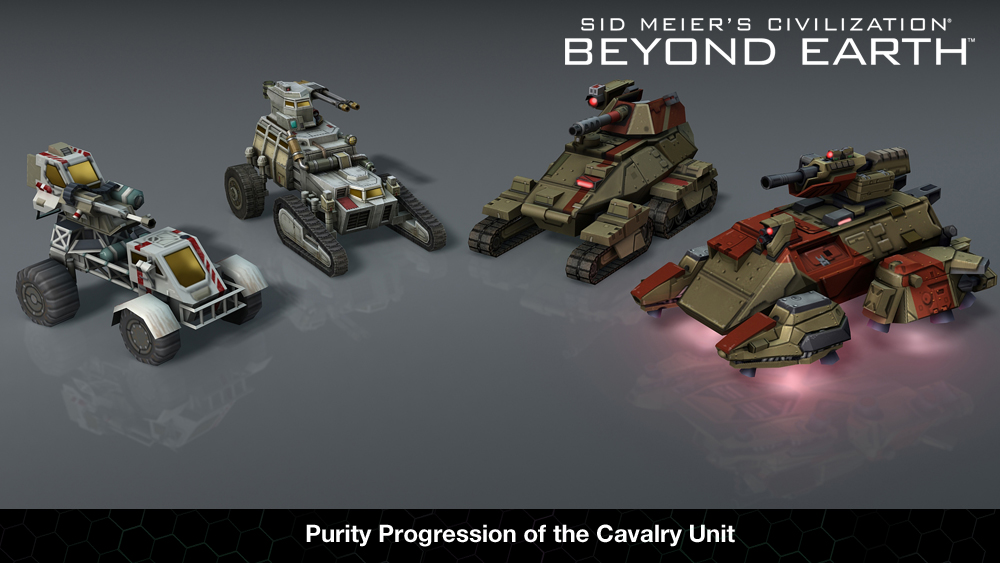 The cavalry unit goes from armed lunar lander style to hover tank while the naval fighter goes from PT boat to a floating fortress. 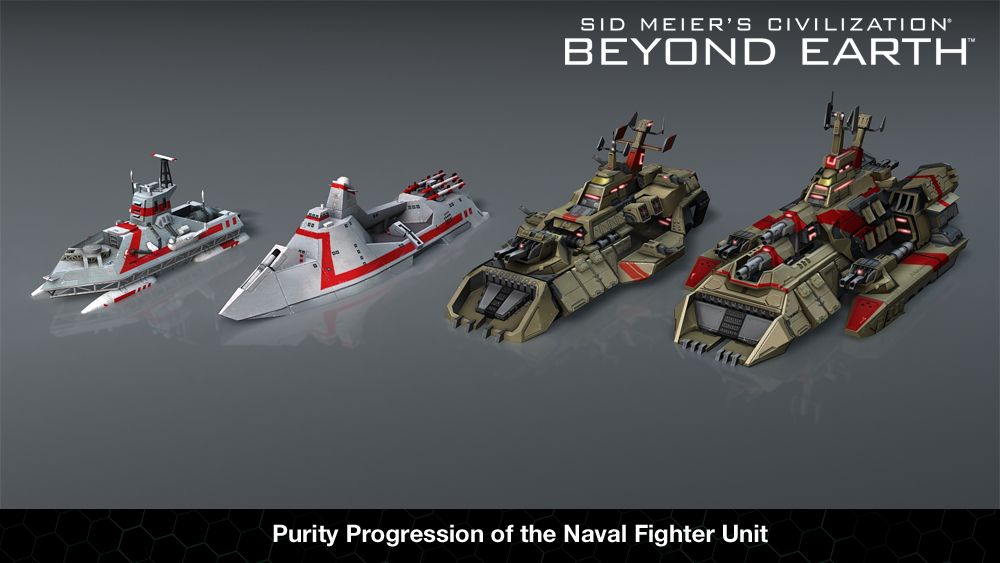 Finally, the soldier unit goes from an astronaut with a rifle up to a space faring, canon-toting Judge Dredd. 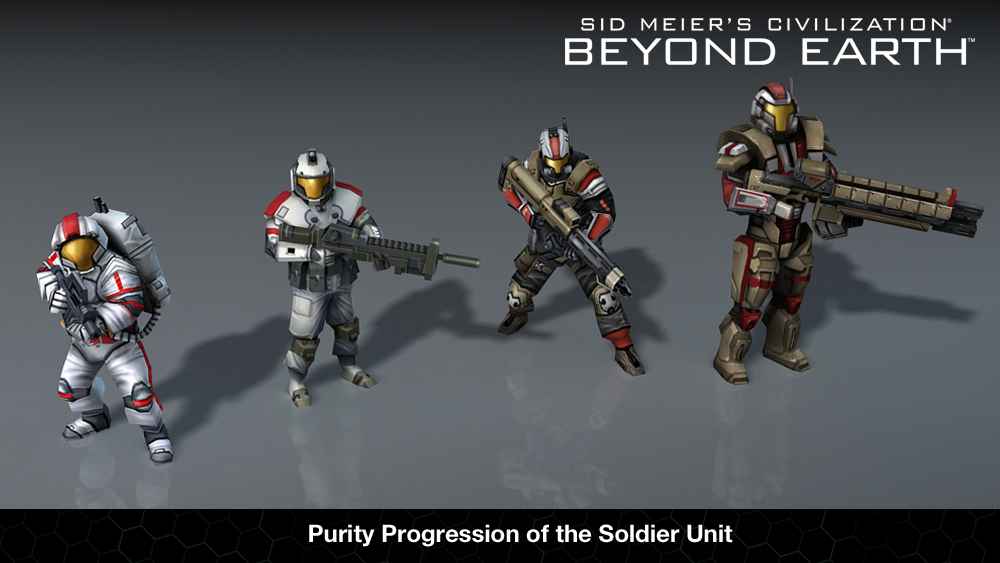 You can find the latest info on 'Sid Meier's Civilization: Beyond Earth' linked from our Video Game Release Schedule.