Having just released Alex last month, Capcom is gearing up to release the second DLC character they'll be adding to 'Street Fighter V': Guile. Capcom has detailed the character as follows:

In Street Fighter V, Guile retains his ability to dominate both the ground and air with his solid normal attacks and special moves, such as Sonic Boom and Somersault Kick. He also now has the ability to enter a crouch walk state called Faultless Move which allows him to keep his charge while moving forward, giving him even more options in his kit to keep his opponents in line. Guile is a great choice for those of you who are looking for a charge character who can easily control the pace of the match. 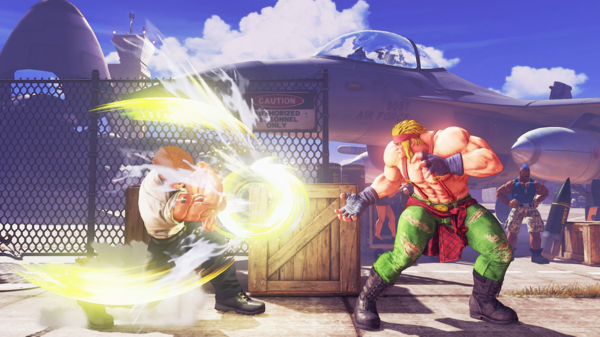 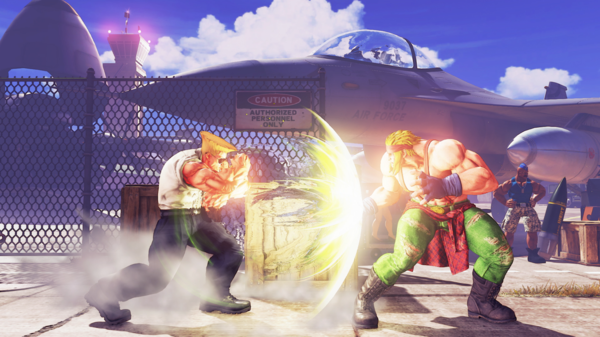 Guile spins up sonic energy to create a Sonic Blade which acts as a stationary projectile that can also juice up his Sonic Booms. Sonic Blade can really help Guile pressure opponents on their wake-up or help him win projectile battles as it increases Sonic Boom durability! 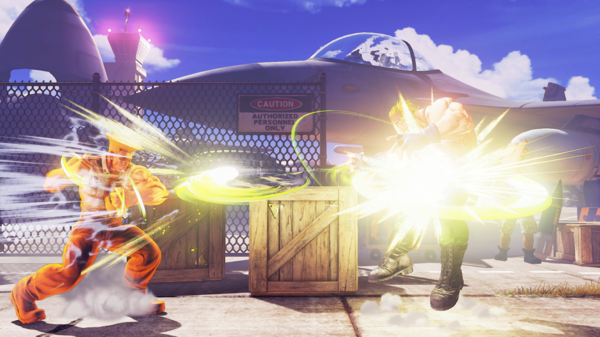 Guile powers up and tosses out continuous Sonic Booms! Each button throws a Sonic Boom at a different speed, so mixing up between buttons can create interesting Sonic Boom sequences. Depending on the sequence used, this can act as a great combo extender, be used to overwhelm opponents or easily push his opponents to the corner. 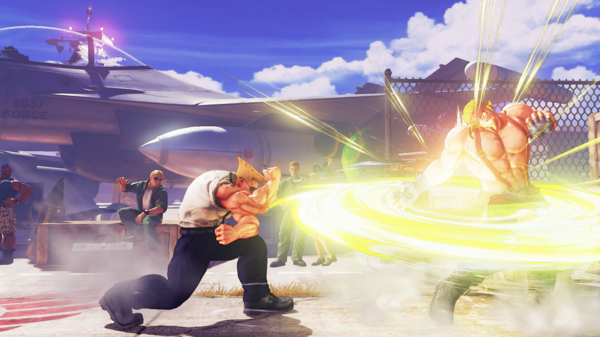 Guile’s most devastating attack, the Sonic Hurricane! Guile powers up and hits his opponent with a massive, multi-hit Sonic Boom. This Critical Art receives a damage and range boost while his V-Trigger is active.

Additionally, April will see the release of the Air Force Base stage, which will cost 70000 Fight Money, while season pass holders will get it for free. There will also be matchmaking improvements, loosening the requirements needed to find a match, as well as a system that will punish rage quitters.