Capcom has admirably held up their end of their deal, crossing Bandai Namco's 'Tekken' characters into a 2.5 D fighter, but if you were wondering when Bandai Namco might do the same, don't hold your breath.

In an interview with Gamespot, 'Tekken' director Katsuhiro Harada has stated that Bandai Namco's 'Tekken x Street Fighter' is currently not in development. To answer your next question of "Why", let's hear it straight from him: 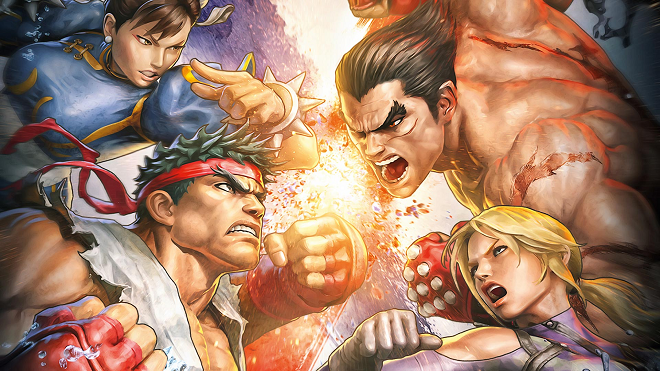 "When we develop fighting games, we try to keep the core community in mind as well as the wider audience that wants to play these games. But currently the situation is with fighting games, you have 'Street Fighter V' that just released--a lot of people are playing that fervently--and there's a large crowd out there waiting or 'Tekken 7'. We don't want to split these communities, so a good window in which to release 'Tekken x Street Fighter' is something that's become difficult recently. So it's on hold for the moment.

Tl;dr, fighting fans should finish what's on their plate before thinking about dessert. All of our parents were right after all. So, in the meantime, we'll have to be content with Guile making his way to the 'Street Fighter V' roster, and 'Tekken 7' heading to Western shores sooner than later.