"This bundle is great for fans who have not yet experienced the grand-scale intergalactic battles of Infinite Warfare," said Sony’s John Koller. "It’s also a fantastic opportunity to relive the iconic campaigns of one of the most critically-acclaimed games in Call of Duty history, with Modern Warfare Remastered. The bundle also comes with a Terminal Bonus Map, which transports players to the re-imagined version of the fan-favorite Terminal map from Modern Warfare 2." 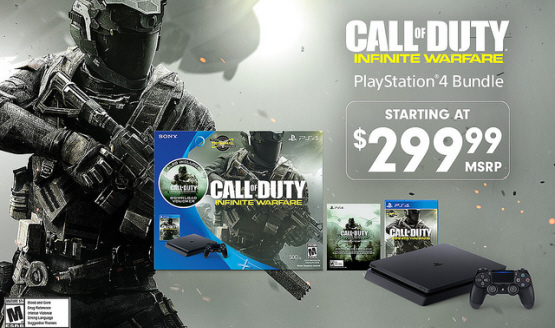