Hey 'Destiny' Players, Hold On to Those Exotic Weapons, Prepare for Exotic Shards & To Get Materials From Bounties & Vendors

Good things in store it seems.

Earlier today, Bungie dropped word that 'Destiny's troubled Exotics were finally getting some TLC. Now though, with the help of new patch notes, it's clear that the weapons and gear are being overhauled in preparation for use in the expansion. Apparently, "Exotic Weapons are a constant work in-progress."

First off, all exotic weapons and gear no longer use ascendant materials. Instead, their final "upgrade node" will use Exotic shards, which can be purchased form Xur or gotten from breaking down exotics. Exotic weapons now start with a higher attack value, though it seems still tap out at the same max. Many exotic weapons now have buffs detailed below. 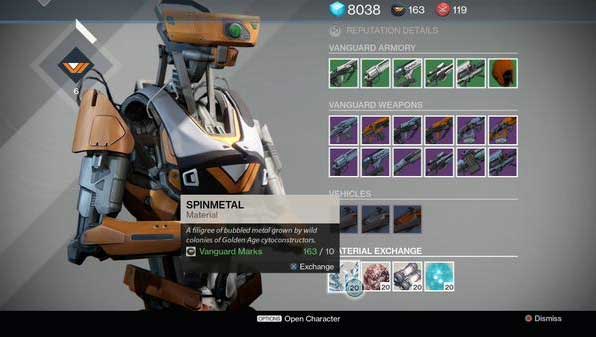 Exotic Weapons are designed to look, feel, and sound overpowered. At the same time, they are not supposed to break the balance of the game. We hope these weapons challenge the way players think about their loadouts. Exotics will be a constant work in-progress!

In preparation for the Dark Below, Exotic Armor and Weapons no longer require Ascendant Materials to upgrade

Exotic Shards can be obtained by one of the following means:

Purchased from Xur for 7 Strange Coins

Magazine Size increased to 8 bursts (was 5)

Send It upgrade (which was redundant) replaced by Speed Reload

Player Speed increased while Plan C is in hand

Base Damage increased, fixing bug we introduced in previous patch

Enhanced Battery upgrade by Extended Mag (this change still allows for a significant upgrade to Magazine Size, but less than before)

Magazine Size increased to 3 (was 1)

Fixed an issue we introduced in a previous patch, in which Atheon did not correctly send 3 players through the time gates

Players will now be able to use Vanguard Marks and Crucible Marks to purchase Spinmetal, Relic Iron, Spirit Bloom, and Helium Filaments from the Vanguard and Crucible Quartermasters in the Tower

Networking fixes, which should reduce the instance of the Bee family of KTOs 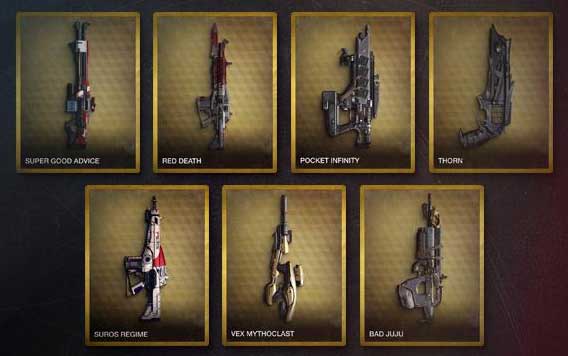