In a flood of 'Destiny' related updates, Bungie elected to directly address some questions and rumors swirling around the sure to be a hit game.

First off, there was the $500 million budget rumor, which, according to Bungie COO Pete Parsons is an exaggeration, "For marketing you'd have to ask Activision people, but for development costs, not anything close to $500 million. I think that speaks a lot more to the long-term investment that we're making in the future of the product."

Second, the Ghost dialogue that felt so wooden ins the 'Destiny' Alpha, isn't close to final:

From urk at Bungie, "In fact, the Ghost dialog has already been updated for Beta. It will be updated again for launch on September 9th, as well."

Fans can even still buy the hammy dialogue inspired shirt, that is if they order in the next 24 hours.

Bungie even shared the game's achievements.

Then came the beta info, when it starts on each platform (sort of) and what it will contain.

"we’ve already noted that the Destiny Public Beta begins for PlayStation players on July 17th. Xbox platforms will open up very shortly thereafter. Everyone who plays will get some good quality time with our Beta build. The more the merrier."

"There was some minor confusion earlier in the week around how players would gain access to the Beta. Nothing has changed. The only way to guarantee a spot in public beta is to pre-order Destiny at participating retailers."

The question of beta length and exact content was much more vague in answer:

"Truth be told, we’re still locking down the final details as we speak, dotting the t’s and cross-mapping the i’s. Most of the big rocks are in place, but if you have an eye for detail (and I am told that our community does) then you’ve likely already picked up on some of the clues 'carefully hidden' away at https://www.destinythegame.com/beta.

Finally, Bungie stopped short of confirming plans for a Collector's Edition, but promised that that info is still to come. 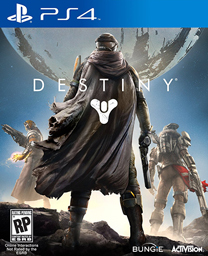