In between their undoubtedly hard work getting 'Mass Effect: Andromeda' all shinied up for this year, Bioware hasn't forgotten about their other baby in the process, and seems to be wondering about taking things in a new direction. Specifically, 'Dragon Age's executive producer Mark Darrah is asking folks on Twitter via a poll whether they'd play a tactics-based iteration of the game. 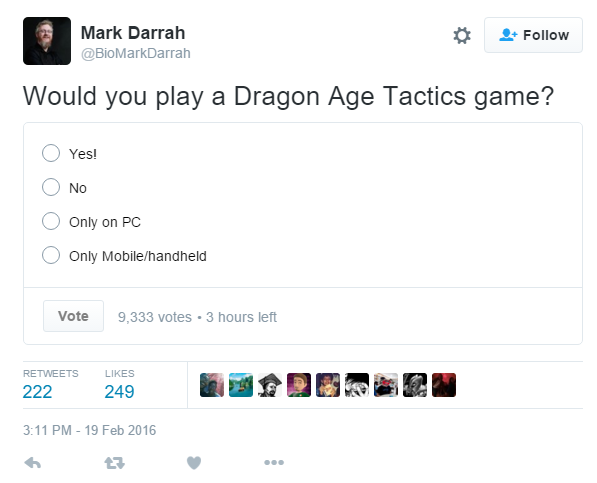 Now, that doesn't necessarily mean this is a thing they're planning, but certainly something they're tossing around their hallowed halls of late. Moreover, Darrah was quick to clarify later in the Twitter thread that if it did actually materialize, it "would be in addition to the main series line as opposed to instead of", which is definitely the way to go. Voting closes later today, so now would be the time to make your voice heard if this is a thing you want.