A 'Fallout Anthology' Is Coming, And It Is Literally The Bomb

Bethesda re-releasing all current 'Fallout' titles together on PC

If you were planning to maybe get all caught up on the 'Fallout' series before number four hit this November, Bethesda just announced they're giving you a snazzy way to do it. The publisher is putting out 'Fallout Anthology' this September, which will be packaging 'Fallout', 'Fallout 2', 'Fallout Tactics', the GOTY edition of 'Fallout 3', and the Ultimate Edition of 'New Vegas' 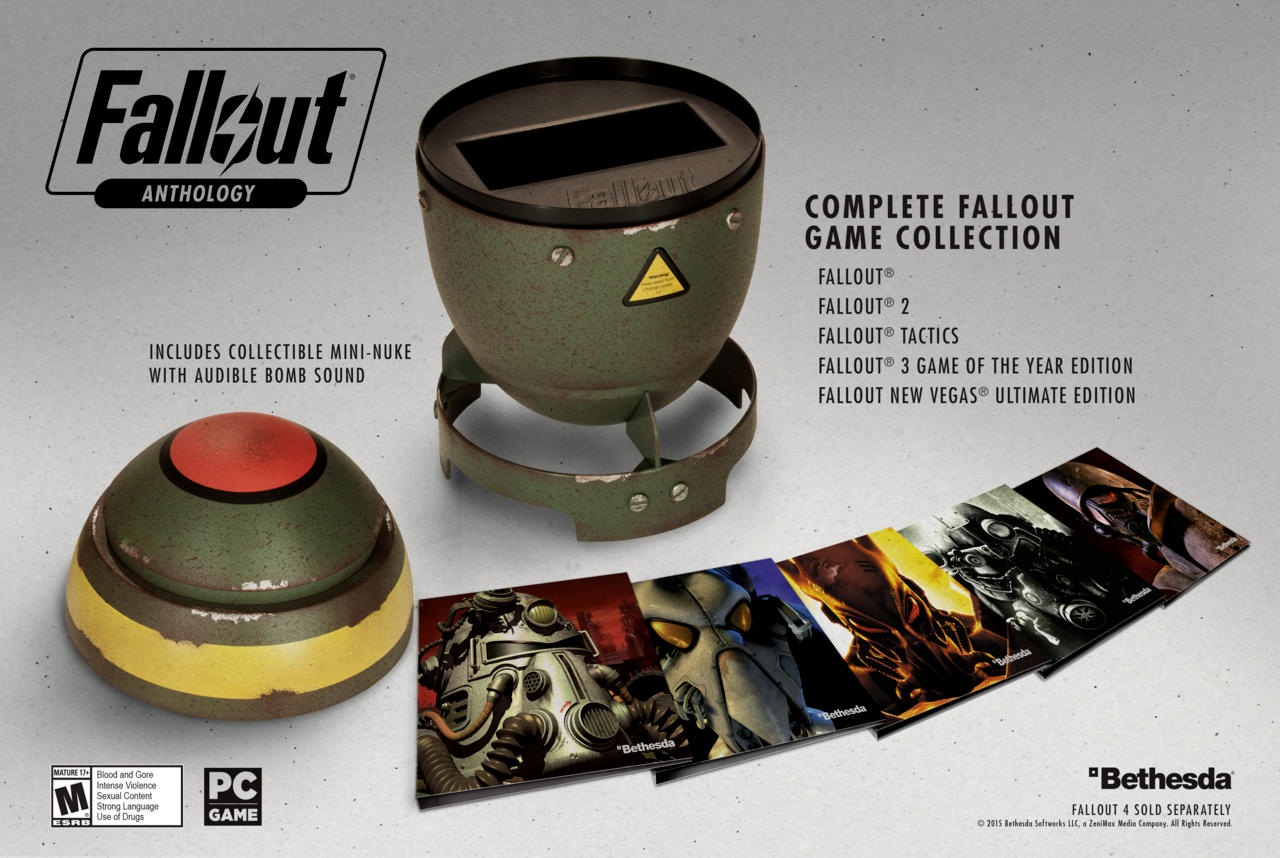 There's no word on just how big the bomb will be exactly, but it'll at leat be big enough to store six games. And no, you read that right: Bethesda is purposefully leaving a space in the bomb for 'Fallout 4' when it lands. The bomb itself will drop on September 29th for $50.