'Tales of' Series Goes Next-Gen With 'Tales of Berseria' For PS3, PS4

Bandai Namco has announced the next entry in the 'Tales of' series of JRPGs, 'Tales of Berseria.' The game will be coming out for both PS3 and PS4, marking the series' entrance into the next generation of consoles.

The announcement was made in Tokyo at the Tales of Festival, where attendees also got to meet the game's sole protagonist, Velvet. Though the 'Tales of' series is known for giving players male and female protagonists, 'Tales of Berseria' is switching up the formula with a lone female protagonist, along with a cast of supporting characters who will be revealed at a later time.

This news likely comes as bittersweet for Western fans of the JRPG series, who are still waiting on the worldwide release of 'Tales of Zestiria,' a PS3 exclusive and the most recent entry into the franchise. The game released in Japan back in January, but it won't hit the rest of the world until this fall.

So far 'Tales of Berseria' has only been confirmed for a Japanese release, with no announced price or release date yet. 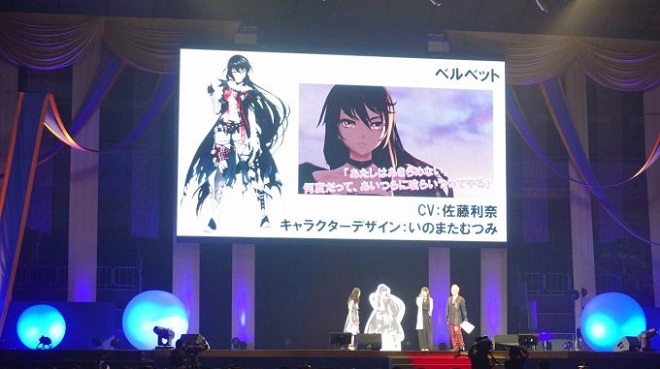