Yes, You Can Download 'Dark Souls III' Early, And Bandai Namco's Kind Of Okay With That

'Dark Souls III' just came out this week in Japan, and even though the rest of the world gets it in about two and a half short weeks on April 12th, that's just NOT good enough for some folks, and as such, it didn't take long before the internet was rife with workarounds for folks looking to download the international version of the game early.

Basically, it involves a lot of tedious work creating an alternate PSN or Xbox account, changing your region, and using points/cards to pay for the Japanese digital download. If you've got the time, inclination, and patience more power to you. But wait, you ask: Doesn't Sony/Microsoft/Bandai Namco frown on this sort of thing? Well, while Sony and Microsoft are completely silent thus far, Bandai Namco is....surprisingly chill about it. 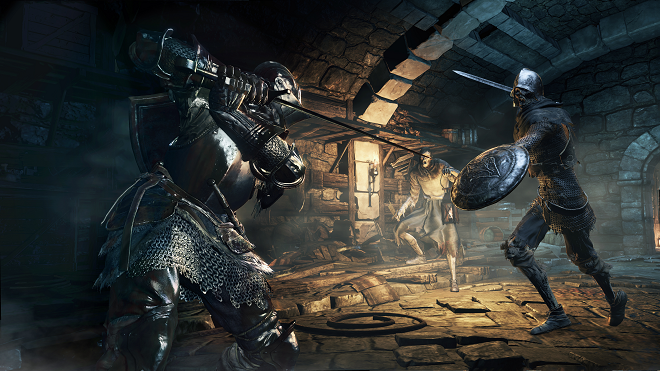 Bandai Namco's statement doesnt make mention of the region-swapping insanity per se, but they're more concerned about the fact that Western gamers might be getting a sub-optimal experience with the game. The statement in full goes as follows:

"BANDAI NAMCO Entertainment America Inc. is very thankful to see so much interest for 'Dark Souls III' on the week of its Japanese launch. We are aware that some fans in Western countries are currently able to download the international version of the game.

We would like to take this opportunity to inform 'Dark Souls III' fans that any gameplay they may experience prior to the official April 12th release date for the game will not be complete. The international version of the game currently does not have its multiplayer capabilities activated, nor does it include the contents of a planned day-one patch that will deliver further optimization of the game. Players will be able to download the day-one patch on April 12th, the official international release date for 'Dark Souls III'."

Even with that statement, pretty much no one currently neck-deep into the game at this point has reported any gamebreaking issues with the game thus far. The big ones seem to be some signs of frame rate stuttering in the Xbox One version, and that while the voice acting is in English, the menus are still in Japanese. But then, you knew what you were getting into, with both owning an Xbox One, and buying a Japanese-region game.