Bethesda surprised more than a few people by announcing a November release date for 'Fallout 4,' but for franchise fans who are too impatient for even that, the publisher has something for you starting today.

'Fallout Shelter' is a free-to-play iOS game that is available on Apple's App Store starting today. And for those who instinctively cringe at every game that claims to be "free to play," don't worry. The game can be played completely offline and features none of the time delays (at least according to the publisher) that many F2P games swear by.

In 'Fallout Shelter,' players get to create their own Vault and manage the citizens living inside. With a gameplay style that looks to be an interesting mix of 'The Sims' and 'FTL: Faster Than Light,' players can build up their facilities, level up their residents, and protect the community from the dangers of the outside world. 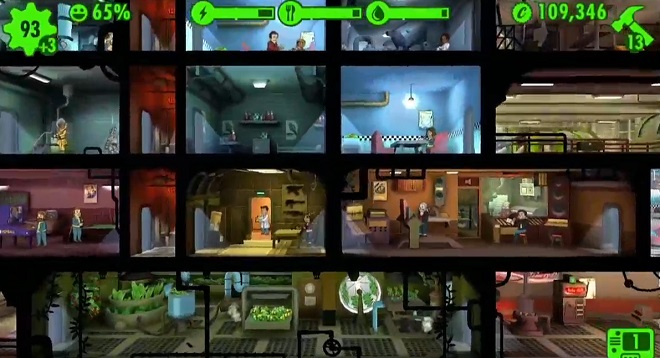