'Destiny's Emotes Will be Microtransactions, Starting Next Week

Even with as good as 'The Taken King' is, we must never forget that 'Destiny' remains, above all, a MMORPG. And as such, it was only a matter of time before the microtransaction shoe dropped. Thankfully, Bungie seems to be handling that particular dirty business with more class and dignity than some.

On Tuesday, Bungie will issue a new update that updates the Special Orders merchant in The Tower into the Eververse Trading Company. 'Destiny's microtransaction's will be used as part of an initiative Bungie has started to "keep the world of the game alive with new experiences that everyone can share is unchanged and they’ve added some muscle to help them carry that mission forward. Eververse Trading will be their benefactor." 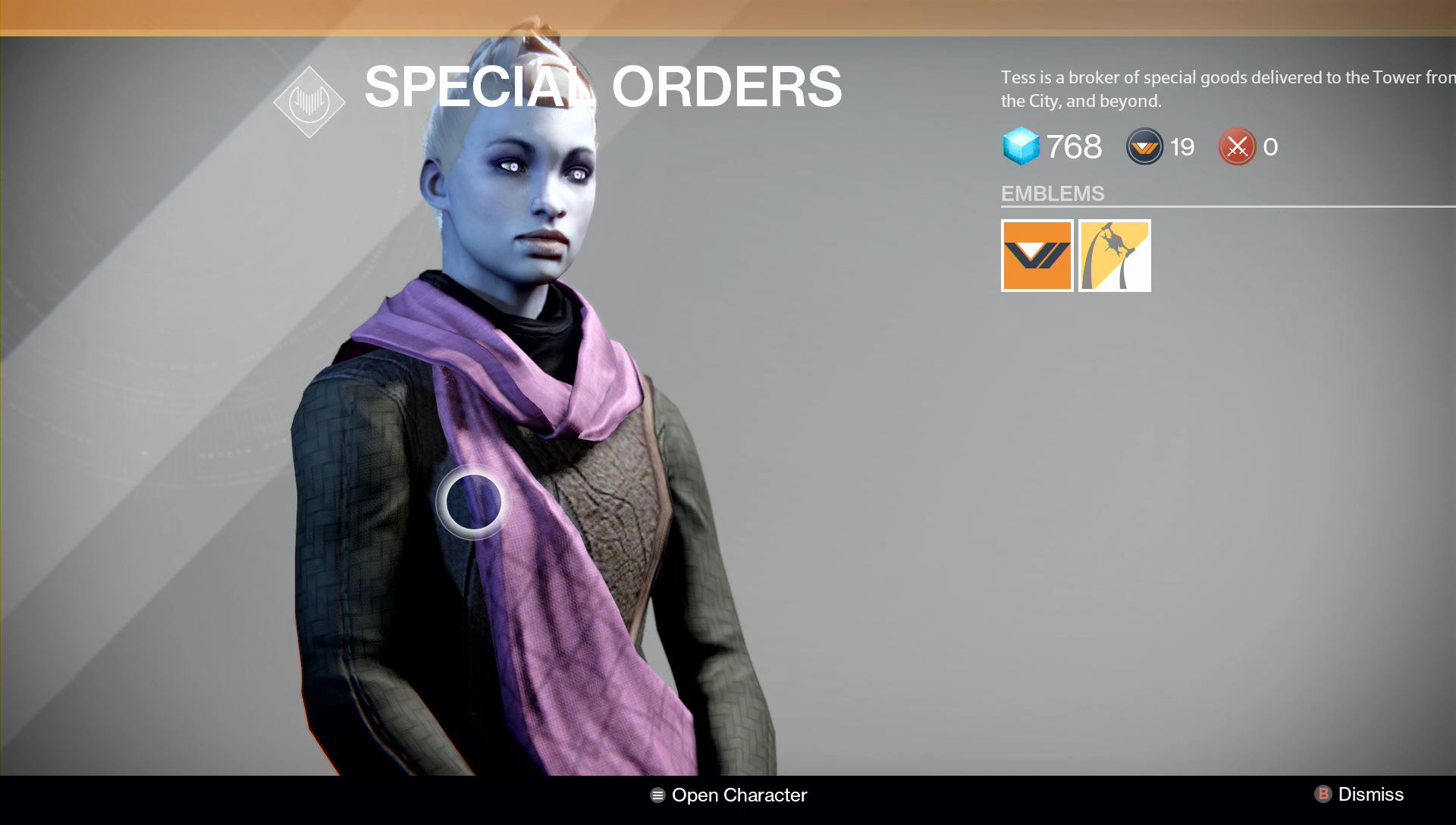 At least to start with, that'll just be with new emotes which will be purchased with a special in-game currency called Silver. Eighteen will be made available through the new storefront Tuesday with more promised in the months to come. To start the whole thing, a small amount of silver will be given to everyone when the store opens up, with more promised to every 'Destiny' player who logs in between next Tuesday and the end of December. Bungie promised the other content that will be made available will be a "surprise that keeps on surprising", so we'll just have to see what other goodies we can buy with our hard earned actual dollars.

Bungie was clear and adamant, however, that 'Destiny' won't be turning into a pay-to-win scenario any time soon. "If you’re not interested in what Tess has to offer, you won’t ever be forced to pluck an item off of her shelf. You’ll still receive updates to the game, and you won’t lose a Crucible encounter or fail to clear a Raid because you didn’t have the right Eververse Trading Company emote equipped."