Power price for the holidays. 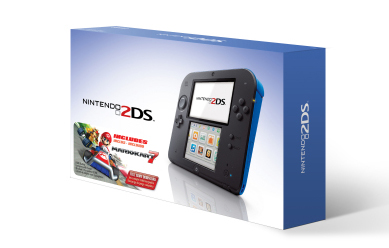 From Scott Moffitt, Nintendo of America's Executive Vice President of Sales & Marketing, "At a suggested retail price of $99.99, Nintendo 2DS is an even more attractive introductory option for first-time gamers. The new lower-priced hardware combined with the strong lineup of new games launching this year and arguably the best library of games in this generation makes it a great time to be a Nintendo fan."

No doubt, with this price point and with a still hot included game, Nintendo can expect to move a flood of 2DS systems over the holiday period.