Highly anticipated 5th entry finally gets some details shown off.

After nothing but silence since its inital announcement, Atlus has finally revealed details regarding the upcoming 'Etrian Odyssey V' for 3DS as it heads for its Japanese release on August 4th. 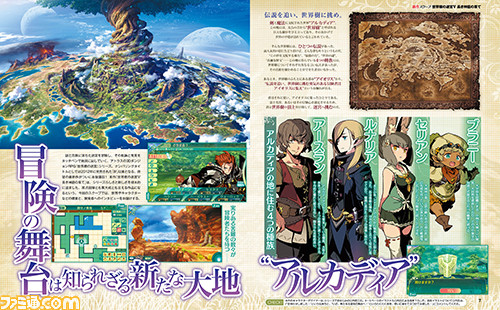 First off, the game is set in an entirely new land called Arcadia, and will have four playable races: Arslan (human), Lunaria (elf), Cerian (similar to the rabbit-eared Viera in 'Final Fantasy 12'), and Brani (dwarf). 10 classes have also been confirmed:

The game has an increased focus on character creation, with greater color options for characters, as well as voices finally being made available. The game will also make it harder to make a perfect team, as previous entries allowed you to have teams with no weak points whatsoever.

This is sounding really lovely, I have no doubt this'll head West soon after Japan, but I'm just glad to be hearing new details at all.