The sequel to the RPG hit arrives in three months.

At Nintendo's recent 3DS RPG showcase in San Francisco, the publisher announced that 'Bravely Second: End Layer' will be releasing in the US on April 15th. Additionally, there will be a Collector's Edition available featuring a 10-track soundtrack selection, as well as a full-sized 250 page artbook, all housed in an insanely beautiful package, all for $70. 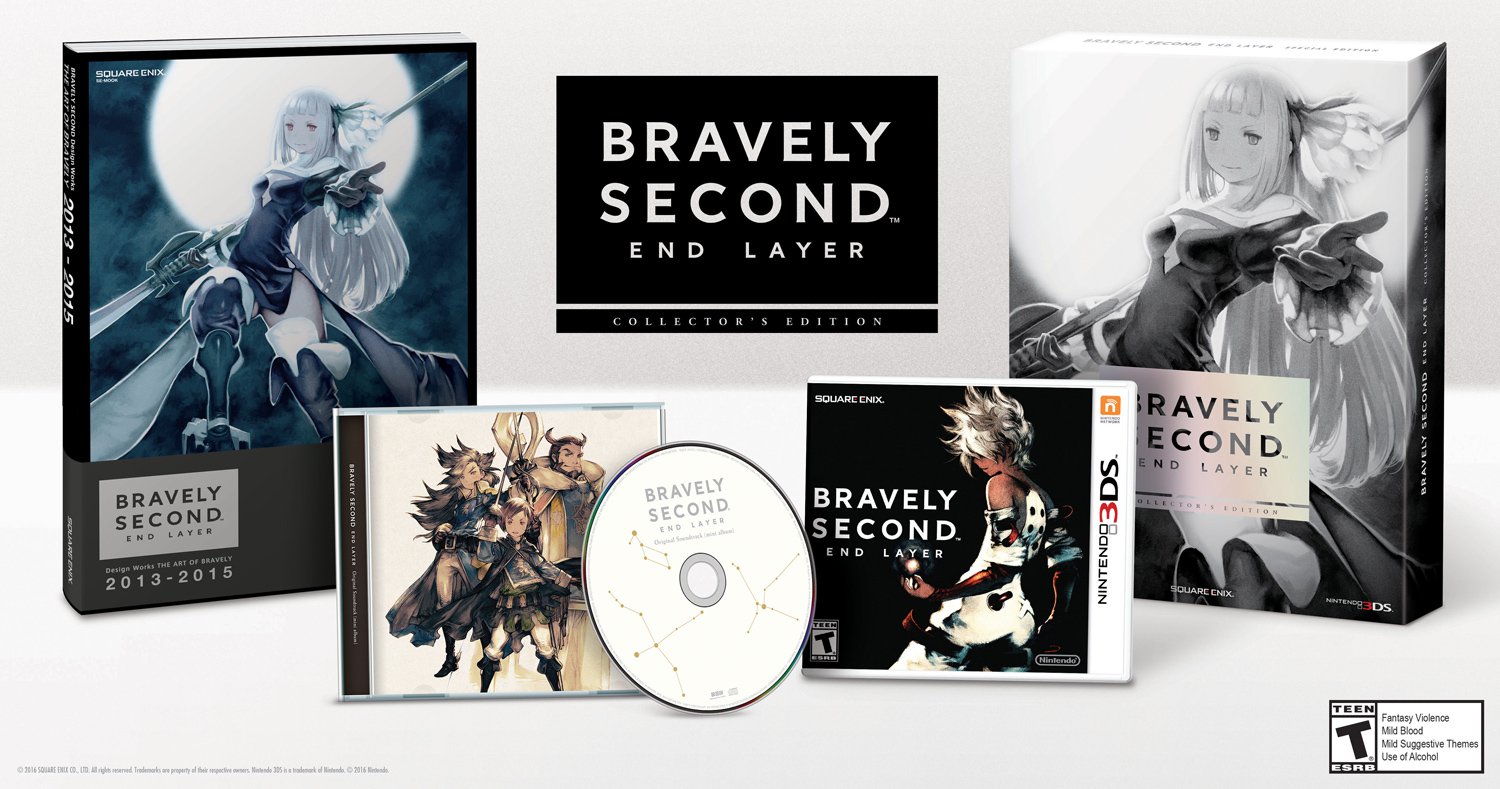 'Bravely Default' remains to this day possibly my favorite 3DS game. It's notorious for some decisions it makes that put some people off, but the sheer quality of the gameplay, as well as the overall strength of the story, helped cement this as a modern RPG classic in my eyes. The sequel, which has been out in Japan for some time, apparently ditches the less popular decisions seen in the first game, and has major improvements to the combat system, which I already viewed as close to perfect, so I'm incredibly excited to check this one out when it launches here. I'll likely even pick up the CE, just to get a look at Akihiko Yoshida's outstanding art.