At long last, after close to a year's worth of leaks, 2K has revealed the worst kept secret of the last year or so: 'Bioshock: The Collection' is officially real, and set to hit on September 13th this year for PS4, Xbox One, and PC.

The collection will include 'Bioshock', 'Bioshock 2', and 'Bioshock Infinite', and all single-player DLC, including the Museum of Orphaned Concepts, which was a pack-in bonus for the Ultimate Rapture Edition bundle a few years back. The minus here is that 'Bioshock 2's multiplayer mode will not be included, but real talk, this series NEVER needed multiplayer. The games will also include a video series of director's commentary called "Imagining 'Bioshock'", with Ken Levine and art direction lead Shawn Robertson.

As for the eye-candy, 2K's blog post mentions the games are being remastered, with characters and the world around Rapture  getting updated skins and textures. We'll leave it to the folks at Digital Foundry to get down and dirty with  how the new versions stack up against the originals, but probably the best clue on what to expect comes from the line in the announcement that on PC, 'Bioshock Infinite' will be a straight port, since the game  "already meets current-gen console standards and runs smoothly on high visual settings". So, start imagining 'Bioshock 1' and '2' on 'Infinite's Ultra setting.

2K were also kind enough to release a quick and dirty teaser for the collection. Now, before anyone complains about the framerate, friendly reminder that all three games on consoles had an option to kill Vsync to get closer to the 60fps promised land. It's hard to imagine that won't carry over here. Have a look, and exhale: we can stop waiting for yet aother ratings board to drop a hint.

You can find the latest info on 'Bioshock: The Collection' linked from our Video Game Release Schedule. 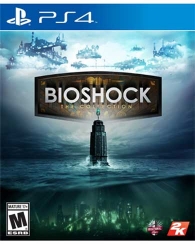 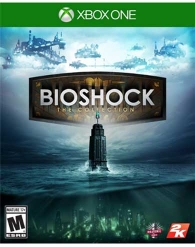