Original 'Borderlands' Will Be Backwards Compatible On Xbox One

The saga is now complete on current gen.

Anyone who was jonesing to play through the entire 'Borderlands' saga, and not just the bits where an egomaniac calls you Butt Stallion for 20 hours will finally get their chance on Xbox One, as the original 'Borderlands' is now one of the 100+ backward compatible titles for the console. The original game was left out of the 'Handsome Jack Collection' due to the fact that, well, Handsome Jack wasn't actually in the first title, so now the series is fully playable on current-gen. 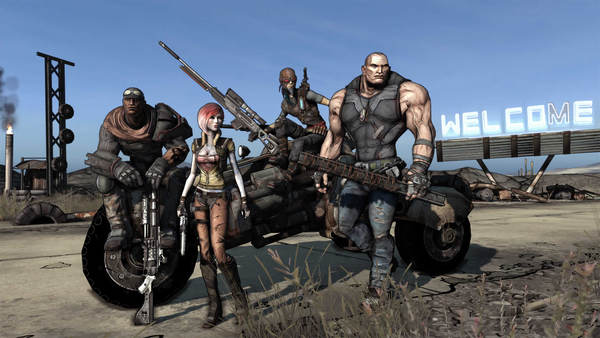 The game is downloadable and ready right this second if you're part of the Xbox Preview program, but if not, you're stuck waiting with the regular humans till sometime in November when Microsoft makes backward compatibility a universal thing. If you've already played the game on 360, however, the backward compatible version will be able to import all save files, achievements, and DLC.

“We are proud to support Xbox One Backward Compatibility by bringing the complete, original Borderlands to Xbox One, including all downloadable content,” said Christoph Hartmann, President over at 2K Games. “We know many of our fans have put in dozens, even hundreds, of hours exploring the world of Pandora on their Xbox 360, and now they can continue their adventures on Xbox One.”