'100ft Robot Golf' Will Tee Off Before PlayStation VR's Launch

'Roundabout' developer No Goblin will launch their second game October 10th. PlayStation 4 exclusive '100ft Robot Golf' will launch three days before PlayStation VR, which the game will also support. The sports title is a spin on traditional golfing, as gigantic robots play golf while destroying cities while they play. PlayStation VR owners will be able to ride on top of the giant mechs, and view the destruction from within virtual reality.

On top of the release date, No Goblin also revealed a new character for '100ft Robot Golf' over at the PlayStation Blog. Called Project C, this gigantic robot (that looks an awful lot like Voltron) is piloted by five separate corgis, and is actually composed of five separate robots. Project C can also brandish a powerful sword that can cut any building in half.

Here is a picture of the five robot golfing corgis, who will factor into the '100ft Robot Golf's campaign mode: 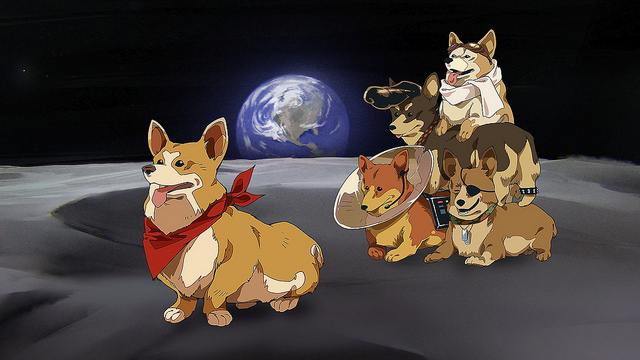 '100ft Robot Golf' will release for PlayStation 4 on October 10th, and will be compatible with PlayStation VR. No price has been announced yet.