Lee Tamahori's 'Once Were Warriors' Bound for Blu-ray

The acclaimed New Zealand drama is headed for Blu-ray in September.

In an early announcement to retailers, Film Movement says 'Once Were Warriors' will be available on Blu-ray on September 6.

Jake Heke lives with his family in a tenement house for native Maori in the slums of Auckland. Despite his love and devotion, Jake?s battle with alcoholism frequently results in terrifyingly erratic outbursts in front of his children and violent beatings of his wife Beth. After Jake loses his job, each member of the Heke family is forced to face their own personal demons and the societal constraints that shackle native New Zealanders.

You can find the latest specs for 'Once Were Warriors' linked from our Blu-ray Release Schedule, where it is indexed under September 6. 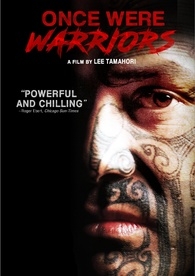