Three years ago, The Maze Runner hit theaters at a time when the craze for adapting YA novels was starting to finally wane. However, the sci-fi dystopian vision of humanity's demise stood out with its unique premise and an ensemble of likable characters that were challenged with mature themes, which were later expanded upon in the sequel. This weekend sees the series' third and final installment hit cinemas, bringing to a close the battle against being treated as test subjects to a mysterious organization's nefarious schemes.

Going blind to the trilogy's conclusion can be confusing and puzzling, like trying to navigate through a convoluted labyrinth of cryptic phrases and made-up nonsense. But no worries, we're here to help guide you through the twists and turns of this elaborate maze. Here is everything you need to know, with brief recaps of the previous entries, about the Maze Runner universe before you watch The Death Cure. 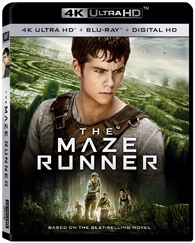 The first movie in the franchise kicks things off with a tremendous layer of mystery as a sleeping nameless teen wakes (Dylan O'Brien) inside an elevator racing to the top. While struggling to recall his identity, audiences are given one of the most blatant moments of heavy-handed exposition ever seen on film. The teen, who later realizes his name is Thomas, is literally given a tour of a primitive society of other boys living peacefully in "The Glades," which is surrounded by enormous stone walls that are part of an even larger maze. Certain parts of those walls open at specific times of the day, and a pair of "Runners" search the maze for a way out, which Thomas feels compelled to explore himself. Hence, the film's title and Thomas becoming the titular hero determined to solve life's biggest riddle:

Why are we here?

Thomas quickly becomes a threat to the idyllic community, and tensions rise higher when the first and only girl, Teresa (Kaya Scodelario), is thrown into the mix. Even worse, Thomas's curiosity invites a horde of mechanical, bug-like creatures called Grievers, making a solution to the maze all the more challenging. Nevertheless, Thomas, Teresa and a small team of boys run the maze and survive one death trap after another. They soon stumble unto a laboratory where they learn they were once part of an experiment searching for a cure to an infectious virus called The Flare, which followed soon after a massive solar flare devastated the planet. This is where we first meet Ava Paige (Patricia Clarkson), the scientist behind this elaborate endeavor, but before we're given a chance to learn more, a group of armed masked men rush in and takes the kids on a helicopter ride over a vast desert wasteland. 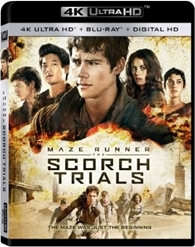 Breaking free of the concrete-fortified glades, the sequel picks up immediately after the events of the first movie with an explosive action sequence that leaves little time to breathe and catch one's bearings. Once the dust settles, the volatile opening finds Thomas (O'Brien) and his posse of resourceful survivors walled inside another concrete-fortified structure with even more tests and trials to perform before stumbling their way to another false sense of security and freedom. Only this maze features the more terrifying and perfidious labyrinth of human secrets and Machiavellian machinations, led by none other than Aidan "Littlefinger" Gillen. It doesn't take long before Thomas's curiosity, once again, leads his group head first into trouble while simultaneously discovering their gracious host is part of a mysterious organization known as WCKD, controlled by Ava Paige (Clarkson), who's still alive! (dun dun DUUUN!!)

Arguably, the best part of The Scorch Trials is the kids trekking through an apocalyptic desert wasteland in search of a mysterious resistance militia known as The Right Arm. Along with seeing what's left of a planet Earth, the group learns the Flare virus turns the infected into zombies called Cranks, which they freakishly are. While exploring the virus's devastation upon humanity, they also discover pockets of societies trying to survive, joining forces with Rosa Salazar and Giancarlo Esposito. Eventually, they bump into The Right Arm, commanded by Barry Pepper and Lili Taylor, who informs us that Thomas was always a spy for the good guys. Their stay is short-lived, however, when Teresa is revealed a traitor, leading Clarkson and her WCKD goons to the camp where all hell breaks loose. The next morning, the remaining survivors vow vengeance with plans to finally bring the organization down and save humanity. 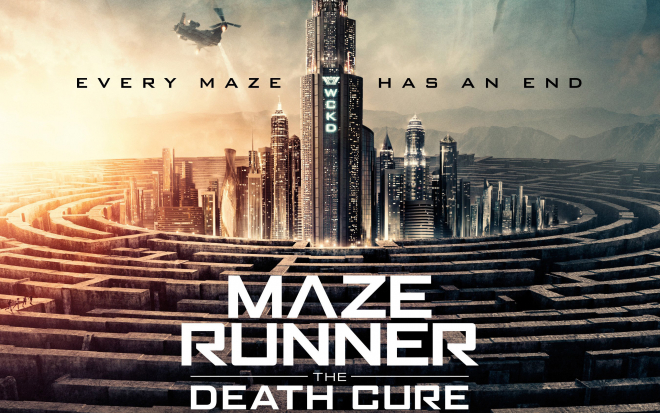 And there you have it! The two movies leading up to the third and final installment in the Maze Runner trilogy. In The Death Cure, we can expect an explosive showdown with the determined Thomas and his meager band of resistance fighters infiltrating the heavily-fortified WCKD headquarters. Of course, they have a population of zombified infected, Teresa's betrayal, Aidan Gillen and Patricia Clarkson to contend with before achieving the inevitable happy-ever-after. And if it's anything like the previous two, the third entry should be a fun and relatively entertaining conclusion to the series.