Hopefully Santa is dropping some new AV Gear under your tree this year. If he still needs ideas, tell him to check out HDD's 2015 Home Theater Gift Guide. Then, after setup, calibration, and fine tuning, there's only one thing left to do: Demonstration. Show your friends and family what it means to have a kickass display and sound system. This is the best freakin' part!

What makes a great Blu-ray demo disc? First, its video presentation must boast sparkling clarity and an endless sense of depth and resolution (in 2D or 3D). Add in inky black levels, a wide dynamic range, and a extra serving of robust, saturated colors (should the filmmaker intend as such), and you've got a recipe for must-watch High Definition. Ultra High Definition, available now on streaming and via Ultra HD Blu-ray early next year, will push these capabilities even further.

No demo is complete without heart-pounding audio. A mix so good you can't help but turn your amps to eleven and blow your guests out of their seats. Audio that places the audience dead center in another world. Crystal clear dialog surrounded by a maelstrom of sound effects and music elements. Truly standout sound mixes suck the audience towards the screen with a sense of enveloping immersion, and then hit them in the chest with roaring LFE. The challenge here is that sound mixes can bog down into muddy dreck if they're only loud, if they lack nuance and layers in the way they approach bombast. Dolby Atmos has really evolved this year and raised the bar for what it means to be demonstration worthy.

The first thing I realized when putting together this list is that there are too many top top notch Blu-ray releases. It's nearly impossible to cull it down to only ten top choices. Modern day high definition video and lossless, multi-channel surround sound presentations are so good now that, were it not for film exhibition formats like Dolby Cinema and IMAX, there would be no point in going to commercial cinemas anymore (of course, for some of you, you're already at this point).

Before we jump into the top ten, let's mention numerous Blu-rays that could be swapped onto this list (and might be on your lists). Each of these titles are demonstration worthy, in one way or another, but just weren't in my top ten:

There are almost too many excellent Blu-rays this year. Great catalog titles. Animation. TV. 3D. 2D. Dolby Atmos. DTS-HD MA. There's so much excellent work being done, it's hard to pull out The Best. Still, I tried. Here are my top ten personal favorite Blu-ray demo discs in some semblance of a preferential order: 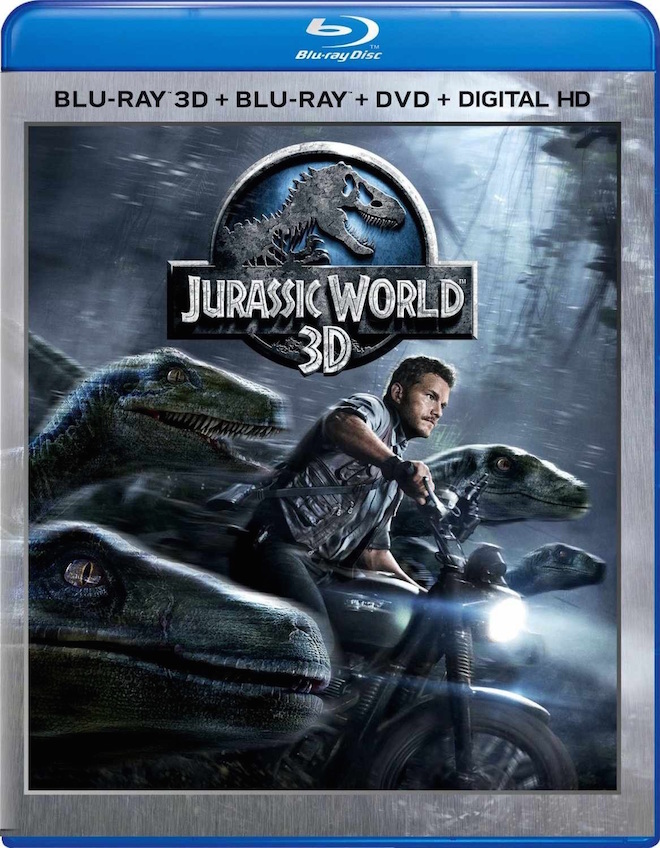 I don't connect with this film the same way I did with the original, which is why despite its world class sound mix, it's a little further back on the list than it might be on yours. But there's no denying the quality of its picture, 3D stereo imaging, and the roaring sound. At least from a sonic perspective, I can't wait to go back to the park again and again and again. 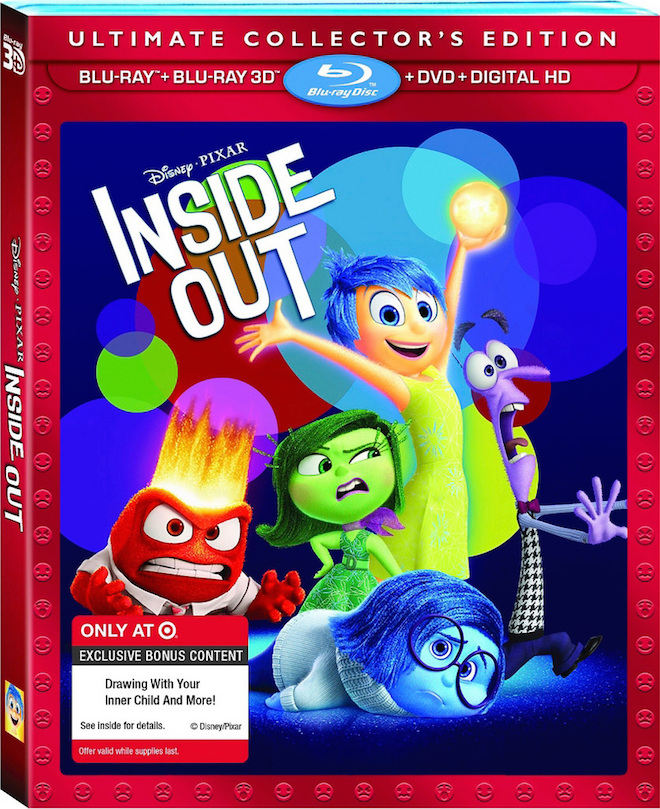 One of my favorite films of 2015, 'Inside Out' is the definition of demonstration worthy video with deep black levels and ultra saturated colors. The 7.1 mix is also incredibly rich and detailed, and provides tons of engagement during the action setpieces. 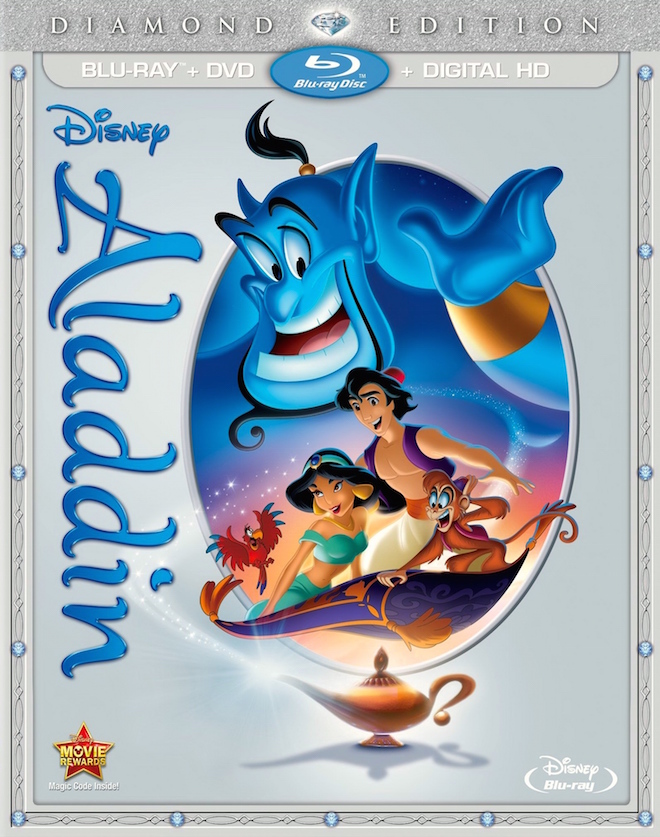 Finally, after far too long a wait, one of the best DVD sound mixes of the early 2000s arrives on Blu-ray with an upgraded 7.1 sound mix. From the song and dance numbers to the bellowing mouth of the enchanted mine, this Blu-ray is an audio delight mixed with very strong video. My only complaint, after enjoying the 3D conversions like 'The Lion King', is that there is no 3D option. 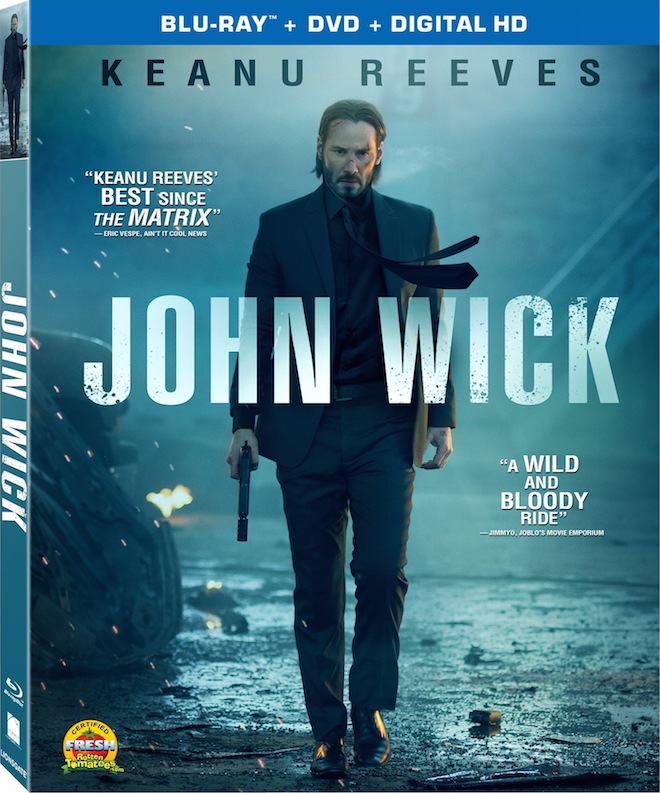 This badass little action picture is this year's 'Taken'. A clean, driven film with tons of bullets and bloody fights. The sound mix is a demo almost from start to finish. Definitely check out the club sequence in the middle of the movie, which blends bullets and pounding music to perfect effect. 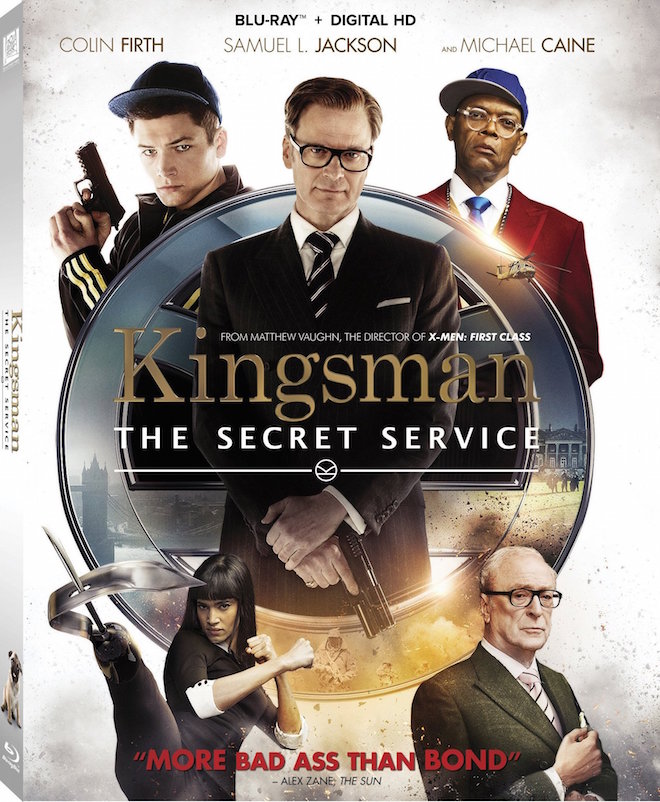 A fun, satirical, subversive take on the spy genre, this movie is a high energy, extremely violent romp with a perfect sense of tone. The video presentation is ultra sharp, while the 7.1 surround sound is bombastic and precise. 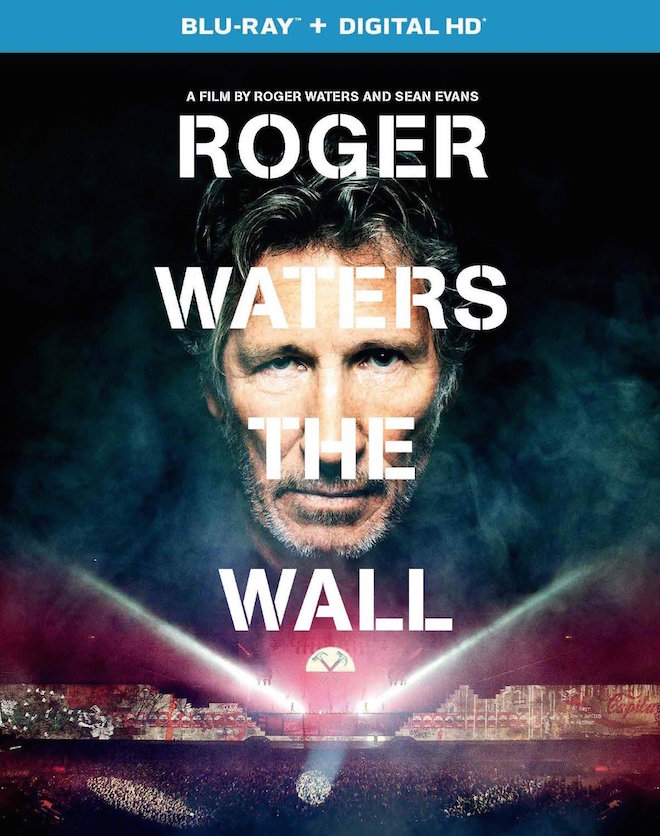 As a person who knew relatively little about this seminal album and its inception, I was moved by what is an emotional journey dressed up as a concert film. Roger Waters has taken his personal scars and used them to make a statement about the devastating, human consequences of a world at war. Even if you don't connect with the messages, this Dolby Atmos mix stuns from start to finish. The music is complex (each instrument coming to life). Crowd noise creates a sense of time and place. And the sound effects pan better than many of this years action movies. The video is quite good too. An excellent, excellent Blu-ray. 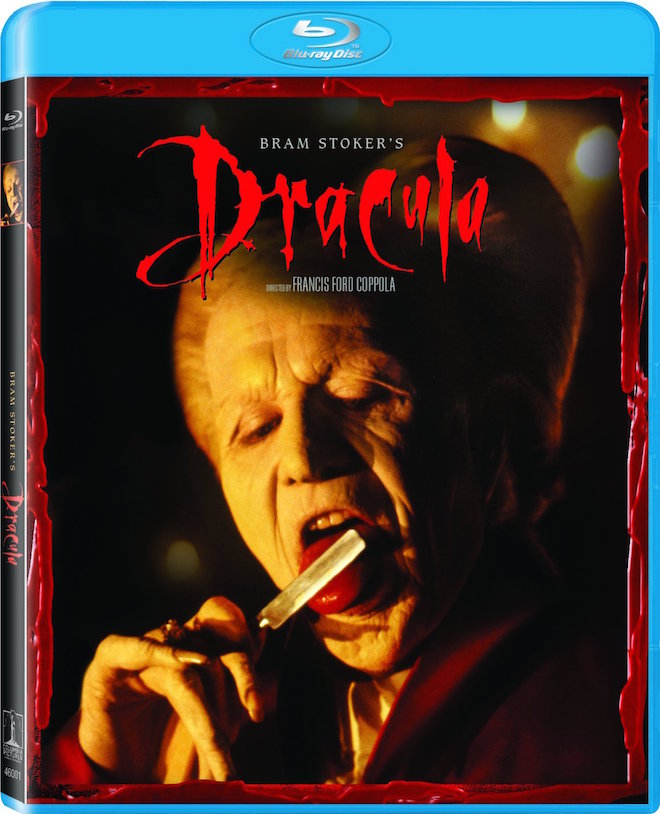 What a treat it is to see a gothic romance made using century old production techniques... presented on a digital high definition medium with a 21st sound mix. Remastered for Sony's Supreme Cinema Series, this guilty pleasure has never looked or sounded better on home video (here's hoping there's an Ultra HD Blu-ray in the works). Outside of 'Spartacus', it might just be the most film-feeling Blu-ray of the year. Black levels are deep, while the colors are rich and more accurate to the film's original release. And the Atmos mix... along with our next title, this proves how much fun one can have sprucing up catalog titles. From the opening of iron gates, to thunder and rain, this mix makes for an excellent demo disc and a definite improvement on what came before. 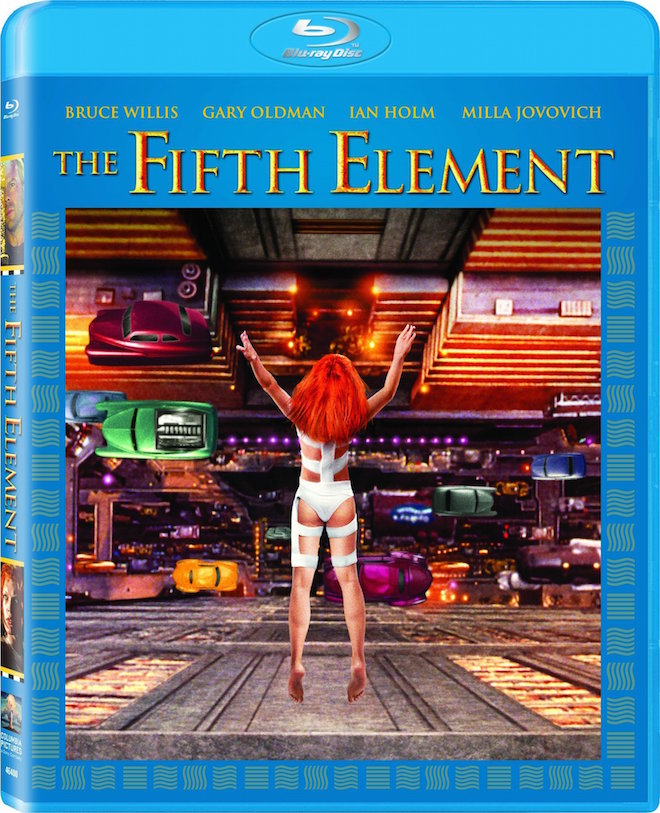 Sony's go-to title for home video releases has been remastered in 4K and has never looked better (especially when one considers its botched first Blu-ray). But the real star of his show is the Dolby Atmos mix. What was already demonstration worthy has been made wider, taller, and more immersive than ever before. If you live in an apartment building, make sure your neighbors are at work before unleashing this soundtrack on the world. 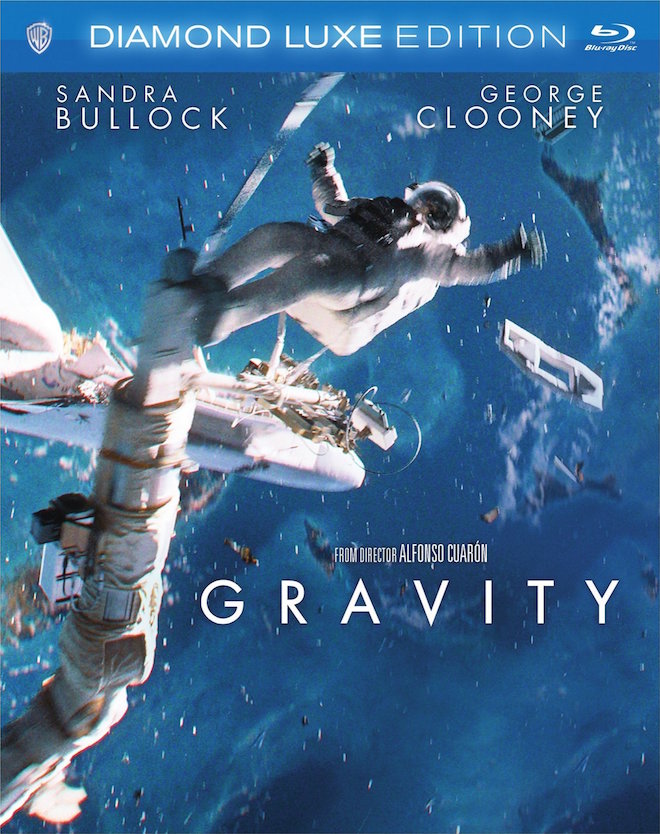 This thrilling survival movie wowed theatrical audiences because of its masterful use of 3D and its format-defining use of Dolby Atmos. Before 'Gravity, no film had ever sounded so precise in cinemas because, until this time, it had been impossible to place individual voices in individual speakers along an entire array. While it's a bummer that we don't get the 3D option here, 'Gravity' in Dolby Atmos is an exquisite experience that features a wide range of tonal environments and scenes that go from ultra quiet to overtly aggressive. 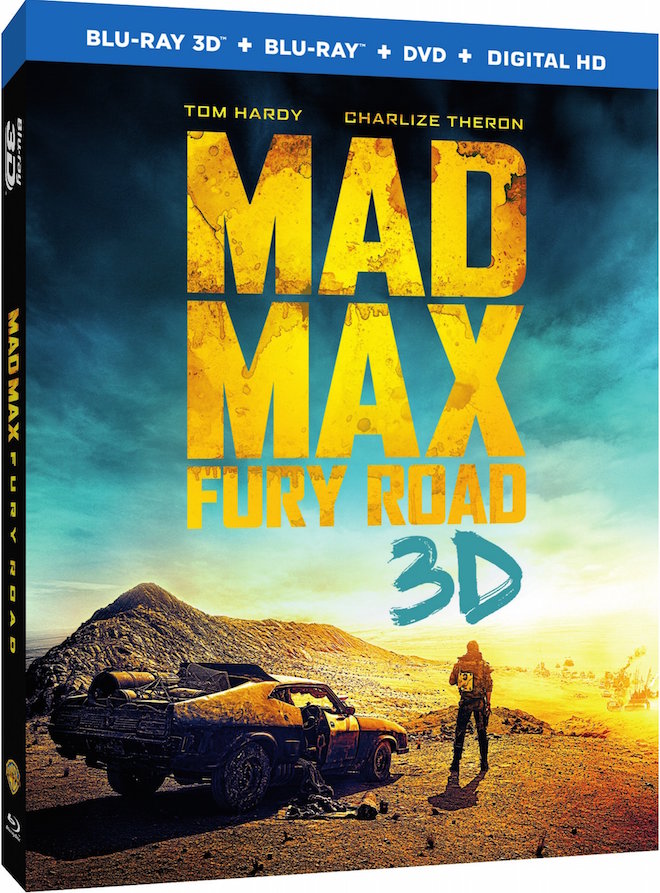 The road to Valhalla is shiny and chrome! Hands down the best sound mix off all time (just ahead of 'Gravity' and 'Life of Pi', in my humblest opinion). What was earth shattering in cinemas rides home with almost constant engagement in every speaker while boasting house-shaking LFE. Sure, some argue it's nothing more than chaos and noise -- loudness wars! -- but I so, so disagree. Because inside the aural insanity, you can hear every sparkling detail -- every throttle response, every whistle of wind, every bullet spark, every haunted voice crying out. It is an assault, true, but also symphonic and layered and clear. And, on top of that, the 3D conversion is excellent, while both the stereo and 2D editions offer an infinite sense of sharpness and color saturation.

All hail the Immortan of Blu-ray!