Jacques Rivette's 'Out 1' Announced for Blu-ray

The rare French movie is coming to Blu-ray in November, and you can pre-order the film here.

In an early announcement to retailers, Carlotta Films is preparing 'Out 1' for Blu-ray on November 24.

Paris, April 13th 1970. Two theater groups each rehearse avant-garde adaptations of plays by Aeschylus. A young deaf-mute begs for change in cafés while playing the harmonica. A young woman seduces men in order to rob them. As a conspiracy develops, the protagonists stories start to intertwine... Jacques Rivette, co-founder of the French New Wave along with Jean-Luc Godard, François Truffaut, Éric Rohmer and Claude Chabrol, has always been that group s most free-spirited and aesthetically radical member. This is very much on display in Out 1, his fourth feature film and magnum opus, in which a whimsical young man (Jean-Pierre Léaud) receives anonymous notes that put him on the trail of a mysterious group of people who might or might not be conspirators.Based on an utterly unique concept that includes the absence of a script and nods to Honoré de Balzac and Lewis Carroll, Out 1 has been practically impossible to see for more than forty years. Both the complete 8-part series, Out 1: noli me tangere (1971), and the shorter theatrical version, Out 1: Spectre (1974), are offered here in newly restored 2K presentations supervised by the films director of photography, Pierre-William Glenn (Day for Night). The colorful characters that Léaud encounters during his quest are played by Juliet Berto, Michael Lonsdale, Bernadette Lafont, Bulle Ogier, Françoise Fabian, Jean-François Stévenin and other New Wave icons, with special appearances by directors Éric Rohmer and Barbet Schroeder. 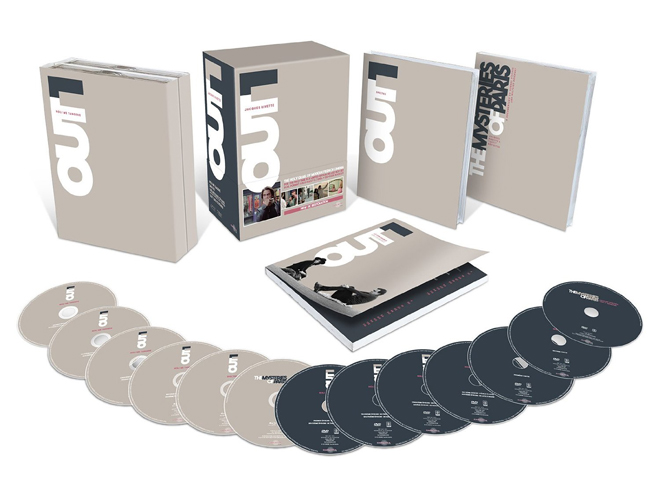 The Blu-ray/DVD will feature 1080p video, a French 1.0 PCM soundtrack, and supplements will include: The Mysteries of Paris: Jacques Rivette's "Out 1" Revisited and a 120-Page Booklet.

You can find the latest specs for 'Out 1' linked from our Blu-ray Release Schedule, where it's indexed under November 24. 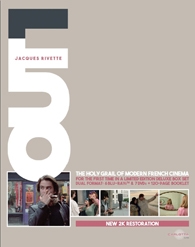 Discs mentioned in this article: (Click for specs and reviews)
Out 1 (Blu-ray)