With so many awesome home theater gear options out there, figuring out exactly which model to buy, or what features you need, can be daunting. Thankfully, High-Def Digest has you covered. Welcome to our Home Theater 101 where we'll be explaining emerging technologies while also recommending the very best possible A/V gadgets n' gear you can buy at your particular budget level.

Technology is evolving all the time. As such, the means in which we get to kick our feet up and relax with a good movie have advanced rapidly. Within the span of 20 years we've seen the emergence of DVD, Blu-ray, and now 4K UHD disc-based physical media. Sandwiched in between these disc formats, video streaming services popped into the frame providing a vast amount of content all available at the click of a button. At HDD we love our disc-based media and will support it to our last breath, but the number of streaming services offering up beautiful UHD content continues to grow and they're impossible to ignore.

Of these various streaming services, four have managed to push their way to the front of the Streaming UHD pack: Amazon Prime, Hulu, Netflix, and Vudu. While each of these services offers up some darn impressive UHD content that will help you get the most bang for your 4K buck, they're not all the same and you're going to want to consider your options before signing up for one - or all - of these services.

Pros: Amazon Prime Instant Video jumped into the 4k UHD game early and hard to keep pace with streaming giant Netflix. In addition to their impressive array of original content like The Man in the High Castle in 4K HDR, they have an impressive catalog of movies for purchase in the format. Also, in addition to HDR10 and Dolby Vision capabilities on select titles, Amazon and Samsung recently announced support for HDR10+ in order to compete with Dolby Vision's dynamic metadata, which will improve the accuracy of the HDR performance across multiple displays. As this upgrade is rolled out to more devices, it'll be interesting to see how well they keep pace with - or exceed - other streaming services.

Cons: While watching 4K UHD content on Prime looks spectacular, my primary issue with the service is that the best 4K UHD content with HDR is limited to their original programming. You can purchase plenty of UHD film titles in addition to the membership fee, they come at a premium cost and not every UHD film they offer features HDR.

Pros: Formally known as M-GO, Fandangonow offers up a wide selection of titles to choose from. Some titles are only in UHD while they have a growing number of titles offering up HDR10 support. Your Ultraviolet account can be linked opening up your access to UHD content.

Cons: Limited app access is a bit of a hindrance. Unless you own a Samsung television or a Roku 4, you won't be able to enjoy the 4K UHD content. Pricepoint is also a bit sticky compared to a service like Vudu. The lack of Atmos support also pushes back the appeal of strictly utilizing this service.

Pros: Watching 11.22.63 and The Path in 4K is an eye-opening experience. It's fantastic that most of Hulu's original content is shot natively in 4K with HDR without up-converting giving them a bit of an edge. With more interesting programming in the pipeline, Hulu's UHD output can only get better.

Cons: As one of the last streaming services to the 4K party, their offers are still slim. If you like kids programming this isn't so bad, but their limited 4K offering beyond their original programming catalog remains their primary boat anchor holding them back. Their device support limitation is also a hindrance. While the PS4 app works just fine, I do find it to be a bit more cumbersome having to use a gaming controller rather than my television remote to access content. I also felt like the load time for their 4K UHD content was notably slower than other services. 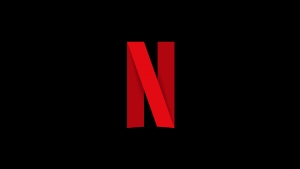 Pros: When you've got shows like The Crown available to you in 4K UHD, you tend not to blink. On top of some terrific and beautiful period programming, the Marvel shows like Daredevil, Luke Cage, and Jessica Jones being available in Dolby Vision are a real boon for the service. While their initial film title offerings may have been a bit slim, they've gone to great lengths to add more exciting and interesting titles to the mix.

Cons: Currently, Dolby Vision is only available for their original content. Movies like Pee Wee's Big Holiday and Mascots available in UHD, but there are few major studio films available at that resolution. While their Television shows and original programming are great, they don't offer a massive catalogue of big-budget flicks to enjoy in the format. 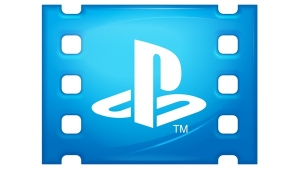 Pros: If you're rocking a Playstation 4 Pro, this service provides a great all-in-one service allowing you to switch easily from gaming to watching movies. With the ability to download the title direct to your system's hard drive, you can game while it downloads negating the wait time.

Cons: You currently can not link your Ultraviolet account to your Sony Playstation Store account requiring you to use an app like Vudu to view digital UHD films you may already have access to. Streaming felt clunky and slow at times forcing the need to download - but download times were upwards of two hours or more forcing you to plan ahead. While there is HDR support, I didn't find my experience with the UHD rental of The Magnificent Seven to be comparable to the 4K UHD Blu-ray or the Dolby Vision presentation on Vudu. It lacked the same robust detail and color luster I was hoping for but the two Underworld films I took a look at looked sharp and offered a pleasing presentation.

Pros: The big thing that Vudu has going for it is that it streams UHD content in Dolby Vision with Dolby Atmos audio tracks! It may take a couple extra seconds of buffering time for the film in question to load, but it's worth it. For a quick test, I cycled between my UHD Blu-ray discs of Fantastic Beasts and Where to Find Them and The Magnificent Seven to the Dolby Vision version available through the Vudu app. While difficult to judge in side-by-side comparisons, the Dolby Vision system is beautifully impressive and the app provided a relatively problem free viewing experience. As an added bonus, most (but not all) of the digital copy slips that come with your UHD Blu-ray disc give you UHD streaming access on Vudu - so their's no need to purchase a digital-only version of some titles to experience Dolby Vision. Vudu also has the largest selection of Dolby Vision titles available of any streaming service.

Cons: Price point is the big issue here. Each title becomes more expensive depending upon the quality of the resolution to the point that it's infinitely more cost effective to purchase the UHD Blu-ray of most titles and redeem the Digital HD voucher. Another problem is not every UHD Blu-ray's Digital HD voucher unlocks a full Dolby Vision digital copy on the service. While Vudu has been making inroads into the competitive streaming market with their "Free On Us" selections, to date, those selections at best offer only standard HD output.

Demos: Pacific Rim, The Great Gatsby, Fantastic Beasts and Where to Find Them, Live.Die.Repeat, Batman v. Superman: Dawn of Justice

When choosing the streaming service(s) you need to get your UHD fix, you have a lot to consider.

Vudu's selection of UHD titles with Dolby Vision and Dolby Atmos Audio is terrific, but they don't offer much else without having to pay an arm and a leg. Amazon is jumping on board the HDR10+ train and their content offerings continue to grow rapidly. Netflix has been on the UHD bandwagon for awhile and offers a terrific selection of titles, but their frequent shedding of titles is troublesome. Hulu is finally making a showing, but they have a lot of catching up to do. Just as HD televisions quickly dominated the marketplace, it appears that 4K UHD television sets are well on their way as content providers race to adopt the technology.

While 4K UHD Blu-rays are still the best way to experience a film at the highest available resolution with terrific audio quality, streaming services offer up terrific original programming not available on disc - so you're going to have to consider all of your options - and continue to reevaluate those options - as the technology improves.