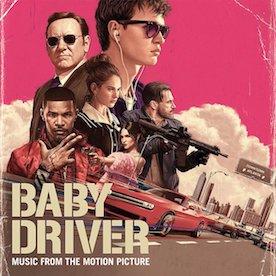 Soundtracks are an integral part of any movie. They add an extra layer of entertainment and can even become a central character to the film, such as with Edgar Wright's Baby Driver. Whether it be John Williams' score to Star Wars or the rock and funk classics of Quentin Tarantino's Pulp Fiction, we can all agree that music really takes the visuals of our favorite movies and adds a big emotional tone to every scene. As long as Edgar Wright has been on the scene, his films have been full of amazing music that cover most genres and decades.

With Shaun of the Dead, he made me look at Queen's Don't Stop Me Now differently, as everyone was beating zombies with pool cues to the rhythm of the song and the pub lights would flash on and off to the beat of the music. In Hot Fuzz, we were delighted with Goody Two Shoes by Adam Ant and Solid Gold Easy Action by T.Rex. Then along came Scott Pilgrim, which gave Beck and Nigel Godrich an outlet to be creative with their impressive indie rock creations such as Garbage Truck.

Of course, how can you forget The Doors' Alabama Song in The World's End where everyone is pub-crawling the golden mile, drunk off of beer and the past? Needless to say, Edgar Wright knows his music and uses it as an important part in every film, which brings us to Baby Driver, which I believe is Wright's first musical film. 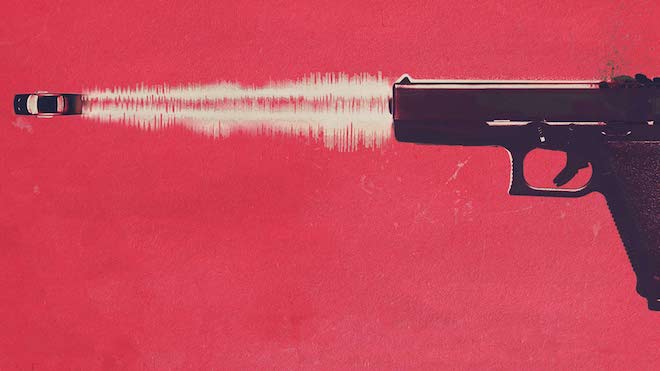 The Baby Driver LP comes with an amazing Gatefold fully illustrated LP cardboard sleeve with artwork by Rory Kurtz. There are two black colored records in the album with illustrated sleeves. The record also includes a digital download of the soundtrack, including Run the Jewels' Chase Me. There are liner notes, track information, and a note from Edgar Wright on the sleeves.

(I used the Technics SL-1200MK2 Turntable for listening purposes.)

There are a whopping 30 tracks included in this soundtrack on vinyl, spanning both records that play perfectly with the film or without it. It all begins with The John Spencer Blues Explosion's Bellbottoms that hits those two rock notes hard and fast, along with a funky guitar medley and a groovy bass line. When listening to this song, you immediately want to hop in the car, roll down the windows, hit the pedal, and row through the gears as it amps you way up.

Spanning a few decades of music, you can expect to hear Queen's Brighton Rock, Beck's Debra as well as T.Rex's Debora. There's even The Beach Boys singing Let's Go Away For A While, Blur's Intermission, Sam and Dave's When Something Is Wrong With My Baby, and Nowhere to Run by Martha and the Vandellas, which was a big hit on the Good Morning Vietnam soundtrack as well. Lastly, there is a funked up version of Tequila by Button Down Brass that makes you want to dance like John Travolta in Mia Wallace's house in Pulp Fiction.

With each song, Wright has incorporated the beats, instruments, music, and lyrics in the actual film's story, where the characters do or say something to every aspect of the music. It's a musical opus in a very Edgar Wright sort of way. Being on vinyl, there is no compression here, but rather a full sound of the highs and lows of every bass note and guitar chord. There is no digital sound here like you would find on an MP3, but rather an analog sound on 180g vinyl that just takes your breath away.

Listen to the way Nowhere to Run sounds on vinyl, with every bass note providing a pounding low end, along with The Commodores' Easy track. Each song is perfectly mixed and provides a full sound as if you were listening to it live in person. 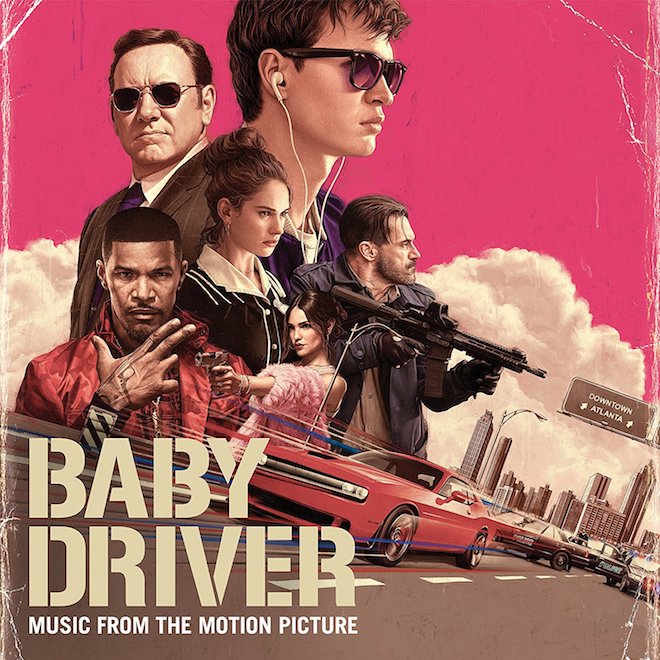 5. Let’s Go Away For Awhile – The Beach Boys

6. Baby Let Me Take You (in My Arms) – The Detroit Emeralds

7. Early In The Morning – Alexis Korner

3. Tequila – The Button Down Brass

4. When Something Is Wrong With My Baby – Sam & Dave

1. Never, Never Gone Give Ya Up – Barry White 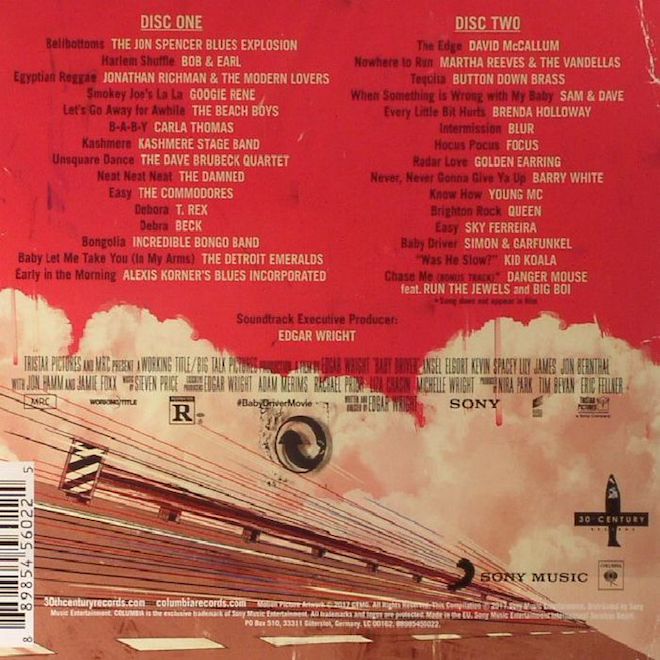 This Baby Driver soundtrack -- executive produced by Edgar Wright and distributed by 30th Century Records (an imprint of Columbia Records) -- just hits every perfect note that you'd want to hear in a soundtrack of this caliber. There are 30 tracks, giving you plenty to listen to over and over again, along with some great liner notes and an amazing cover art that pops on the big 12 inch LP case. You won't hear a better soundtrack this year. MUST-OWN!