Six (mostly) horror titles are on the way to whet your appetite for Halloween.

On September 17, Arrow is set to release Wes Craven's The Hills Have Eyes: Part 2 and Alan Lado's classic giallo, Who Saw Her Die?.

The hills are once again alive with the sound of screaming in Wes Craven's hugely entertaining follow-up to his own groundbreaking 1977 The Hills Have Eyes. A motocross team on their way to trial a new super-fuel head out across the desert lead by Rachel, who, unbeknownst to the rest of the group, is a survivor of the cannibal clan which menaced the Carter family several years before. Opting to take an ill-advised shortcut across the desert, the busload of youngsters drive straight into the path of the remnants of Rachel's demented cannibal kin - the menacing Pluto, and a hulking, blood-hungry brute by the name of The Reaper. Made by Wes Craven immediately prior to his smash-hit A Nightmare on Elm Street, The Hills Have Eyes Part II diverges from the grim tone of its predecessor in favour of fun action-horror thrills and spills replete with mutants, motorbikes, and - oh yes - dog flashbacks!

Former Bond star George Lazenby (On Her Majesty's Secret Service, The Man from Hong Kong) headlines this classic giallo directed by Aldo Lado (Short Night of Glass Dolls, Night Train Murders) ¬-as compelling for its haunting atmosphere, twists and turns as for its parallels with another great Venetian horror/thriller - Nicolas Roeg's Don't Look Now. Sculptor Franco Serpieri (Lazenby) welcomes Roberta (Nicoletta Elmi, Deep Red) - his young daughter from a failed marriage - to Venice, unaware that a disturbed child-killer is stalking the city's canals. When Roberta's body is found floating face-down in the river, the lives of Franco and his estranged wife Elizabeth (Anita Strindberg, The Case of the Scorpion's Tail) are ripped asunder. Desperate for vengeance, Franco turns detective in a bid to track down his daughter's killer, and in the process unearths shocking evidence of depravity and corruption which implicates some of the most respected figures in Venetian society. Released at the height of the giallo boom, this gripping mystery thriller boasts some of the most iconic names associated with the genre on both sides of the camera. Co-starring Dominique Boschero (The Iguana with the Tongue of Fire) and Adolfo Celi (Thunderball), and featuring one of the all-time greatest scores from maestro Ennio Morricone (What Have You Done to Solange?), Who Saw Her Die? thrills anew in its high definition debut.

Four more titles will be available on September 24th including Clive Barker's Hellraiser and Hellbound: Hellraiser Part 2, Carl Colpaert's In the Aftermath, and rounding things out is Billy Wilder's comedy The Major and the Minor.

Stephen King was once famously quoted as saying, "I have seen the future of horror... his name is Clive Barker." That future was realized in 1987 with the release of Barker's directorial debut Hellraiser. Based on his own novella The Hellbound Heart, Barker's Hellraiser sees Larry (Andrew Robinson) and his wife Julia (Clare Higgins) move into their new home, unaware that something evil lurks beneath the floorboards of the dilapidated house - something that wants human blood... Introducing the world to the iconic Pinhead and his sadistic band of Cenobites, Hellraiser became an instant genre classic upon release and remains one of the most frighteningly original visions in horror.

Picking up right where Hellraiser left off, Hellbound: Hellraiser II expands upon the terrifying universe created in Clive Barker's original film - taking the story into the very depths of Hell itself. Having escaped the clutches of Pinhead and the demonic Cenobites, Kirsty Cotton (Ashley Laurence) awakens to finds herself detained at the Channard Institute, a hospital for the mentally ill. But her torments are far from over - the chief doctor at the institute is determined to unleash the powers of Hell to achieve his own twisted ends. Hellbound: Hellraiser II is one of the most celebrated horror sequels of all time, offering a vision that is both more gruesome and fantastical than its predecessor.

Following in the footsteps of Francis Ford Coppola and Peter Bogdanovich, Roger Corman protégé Carl Colpaert (The Crew) made his directorial debut by combining repurposed excerpts from a foreign film - in this case, Mamoru Oshii's (Ghost In The Shell) spellbinding 1985 anime Angel's Egg - with new live-action footage shot in America. The result is In The Aftermath, a haunting post-apocalyptic vision like no other. In a radiation-soaked wasteland, two surviving soldiers, Frank and Goose, search for essential supplies amid the rubble. After a violent confrontation, Frank is haunted by visions of an angelic young girl holding a giant egg, herself a refugee from another world altogether. Could the egg be the key to saving both their worlds? A unique mash-up of 1980s B-movie nuclear paranoia and hauntingly lyrical animation, In The Aftermath is presented in a stunning new restoration that highlights Oshii's visionary genius and Colpaert's low-budget ingenuity.

From one of Hollywood's most acclaimed auteurs, Billy Wilder (Double Indemnity, Sunset Boulevard), comes the charming comedy classic The Major and the Minor. Legendary actress and dancer Ginger Rogers (Monkey Business) stars as Susan Applegate, a struggling young woman who pretends to be an 11-year old girl in order to buy a half-price train ticket. Fleeing the conductors, she hides in the compartment of Major Philip Kirby (Ray Milland, The Big Clock, The Pyjama Girl Case). The Major believes Susan is a child and takes her under his wing, but when they arrive at the military academy where Kirby teaches, his fiancée (Rita Johnson) grows suspicious of Susan's ruse... Co-written by Wilder and Charles Brackett (Hold Back the Dawn), The Major and the Minor assumes the guise of a light romance narrative in order to cleverly explore themes of identity and deception. Wilder's American debut is presented here for the first time in stunning High Definition, with a selection of illuminating extras.

You can find the latest specs for Arrow's September slate linked from our Blu-ray Release Schedule. 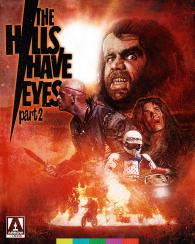 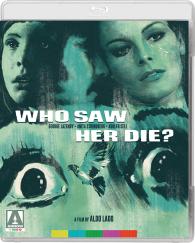 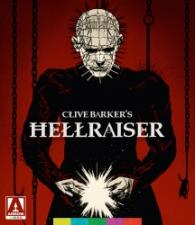 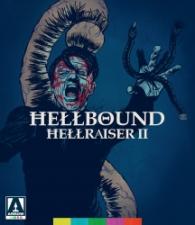 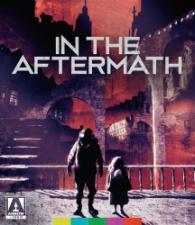 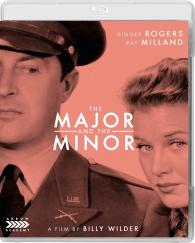