The distributor has dated two horror flicks for December.

'Pulse' - Award-winning filmmaker Kiyoshi Kurosawa delivered one of the finest entries in the "J-Horror" cycle of films with this moody and spiritually terrifying film that delivers existential dread along with its frights. Setting his story in the burgeoning internet and social media scene in Japan, Kurosawa's dark and apocalyptic film foretells how technology will only serve to isolate us as it grows more important to our lives.

A group of young people in Tokyo begin to experience strange phenomena involving missing co-workers and friends, technological breakdown, and a mysterious website which asks the compelling question, "Do you want to meet a ghost?" After the unexpected suicides of several friends, three strangers set out to explore a city which is growing more empty by the day, and to solve the mystery of what lies within a forbidden room in an abandoned construction site, mysteriously sealed shut with red packing tape.

Featuring haunting cinematography by Junichiro Hayashi (Ring, Dark Water), a dark and unsettling tone which lingers long after the movie is over, and an ahead-of-its-time story which anticipates 21st century disconnection and social media malaise, Pulse is one of the greatest and most terrifying achievements in modern Japanese horror, and a dark mirror for our contemporary digital world. 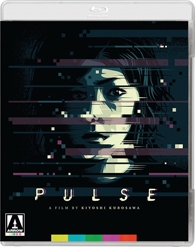 Whilst retaining the EC comic book flavour that made the original such a hit, Creepshow 2, this time directed by long-time Romero collaborator Michael Gornick, is a decidedly darker and grimmer affair than its predecessor and remains one of the greatest horror anthologies of all time.

In addition, a Limited Edition version will be released as well with a Creepshow 2: Pinfall limited edition booklet featuring the never-before-seen comic adaptation of this unfilmed Creepshow 2 segment by artist Jason Mayoh. 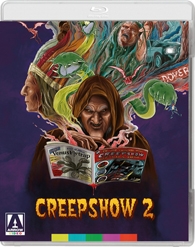 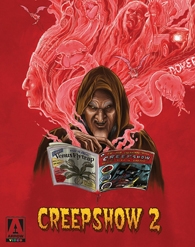 You can find the latest specs for 'Pulse' and 'Creepshow 2' linked from our Blu-ray Release Schedule, where they're indexed under December 6 and December 13.