Three titles are heading to Blu-ray in November.

In an early announcement to retailers, Arrow Video is preparing 'The Driller Killer,' 'The Initiation,' and 'C.H.U.D.' for Blu-ray throughout November.

'The Initiation' (November 8) - Marking TV star Daphne Zuniga's debut in a leading role, The Initiation ranks amongst the finest of the college-based stalk-and-slash flicks now finally restored in glorious High-Definition! Kelly's new sorority has a special initiation ritual in store for her an after-hours break-in of her father's department store. But what begins as a night of harmless college fun turns sour when, once inside the enormous mall, Kelly and her fellow pledges find themselves locked in for the night... with a deadly intruder stalking the corridors. Arriving in 1984, The Initiation might have been late to the slasher party, but, alongside the likes of The House on Sorority Row and The Mutilator, it remains one of the stronger entries to emerge in the latter days of the slice-and-dice boom. 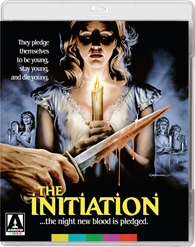 'C.H.U.D.' (November 15) - From the subterranean depths it crawls! Finally making its long-awaited debut on Blu-ray, director Douglas Cheek s cult 80s favorite C.H.U.D. is the ultimate underground movie experience. In downtown Manhattan, a police captain s hunt for his missing wife leads to the discovery of a series of mysterious disappearances in the area. Extending his search into the tunnels and sewers below the city streets, it soon becomes clear that something monstrous is lurking in that subterranean world and it won't stay there much longer... Starring John Heard (Home Alone) and Christopher Curry (Starship Troopers) alongside an early appearance from John Goodman, C.H.U.D. has justifiably built up a huge cult following in the years since its release in 1984, with one of the most iconic creature designs of the period. 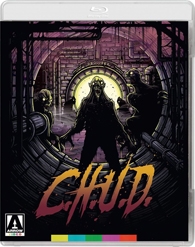 'The Driller Killer' (November 29) - In a career that has encompassed such controversial classics as Ms. 45, Bad Lieutenant and Welcome to New York, none of Abel Ferrara's films have quite managed to match the shock, extremity and downright notorious nature of The Driller Killer. Ferrara plays struggling artist Reno, a man pushed to the edge by the economic realities of New York living in the late seventies and the No Wave band practicing in the apartment below. His grip on reality soon begins to slip and he takes to stalking the streets with his power tool in search of prey... Forgot Taxi Driver, The Warriors and The New York Ripper, The Driller Killer is the definitive look at NYC's underbelly a slasher that is as much at home in the arthouse as it is the grindhouse.

The Blu-ray will feature 1080p video, an LPCM mono soundtrack, and supplements will include: Audio commentary by director and star Abel Ferrara, moderated by Brad Stevens (author of Abel Ferrara: The Moral Vision) and recorded exclusively for this release; Brand new interview with Ferrara; Willing and Abel: Ferraraology 101, a new visual essay guide to the films and career of Ferrara by Alexandra Heller-Nicholas, author of Cultographies: Ms. 45; Mulberry St. (2010), Ferrara s feature-length documentary portrait of the New York location that has played a key role in his life and work, available on home video in the US for the first time ever; Trailer; Reversible sleeve featuring original and newly commissioned artwork by the Twins of Evil; FIRST PRESSING ONLY: Collector's booklet featuring new writing by Michael Pattison and Brad Stevens.

Suggested list price for the Blu-ray is $39.95. In addition, a Limited Edition SteelBook copy featuring original artwork (2500 copies) will also be available for a suggested retail price of $44.95. 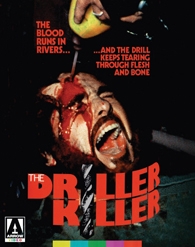 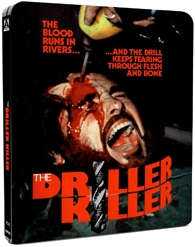 You can find the latest specs for 'The Driller Killer,' 'The Initiation,' and 'C.H.U.D.' linked from our Blu-ray Release Schedule, where they are indexed throughout November.