The 2015 adaptation of Mary Shelley's classic arrives on Blu-ray in February.

In an early announcement to retailers, Alchemy is working on 'Frankenstein' for Blu-ray on February 23.

Frankenstein is set in present day Los Angeles and told entirely from the perspective of the Monster. After he is artificially created, then left for dead by a husband-and-wife team of eccentric scientists, Adam is confronted with nothing but aggression and violence from the world around him. This perfect creation-turned disfigured monster must come to grips with the horrific nature of humanity.

You can find the latest specs for 'Frankenstein' linked from our Blu-ray Release Schedule, where it is indexed under February 23. 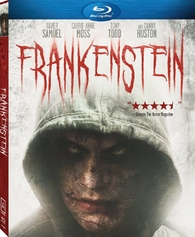