YouTube's subscription video platform is getting a new name and price.

YouTube Red is currently available for $10 per month and comes bundled with a Google Play Music subscription. The upcoming YouTube Premium relaunch will essentially offer the same video streaming content, but will drop Google Play Music in favor of the new YouTube Music platform for a total of $12 per month. With that said, current YouTube Red members and any new users who sign up before May 22 will be allowed to keep the current $10 rate when the switch happens. In addition, YouTube Music is also available by itself for $10 per month. 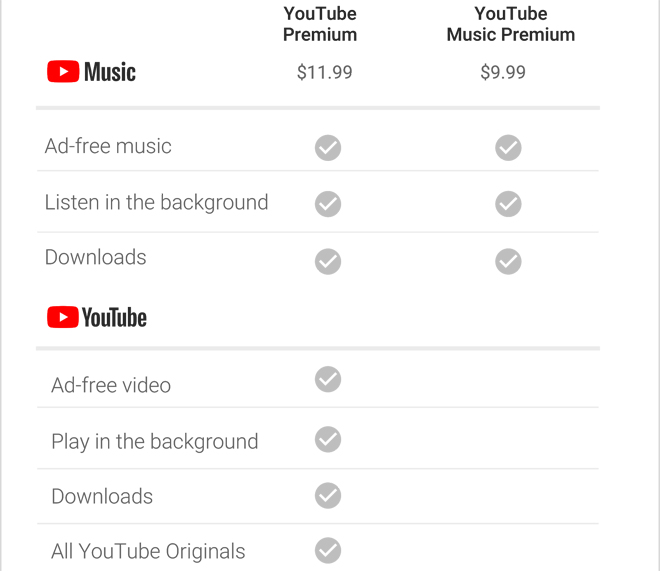